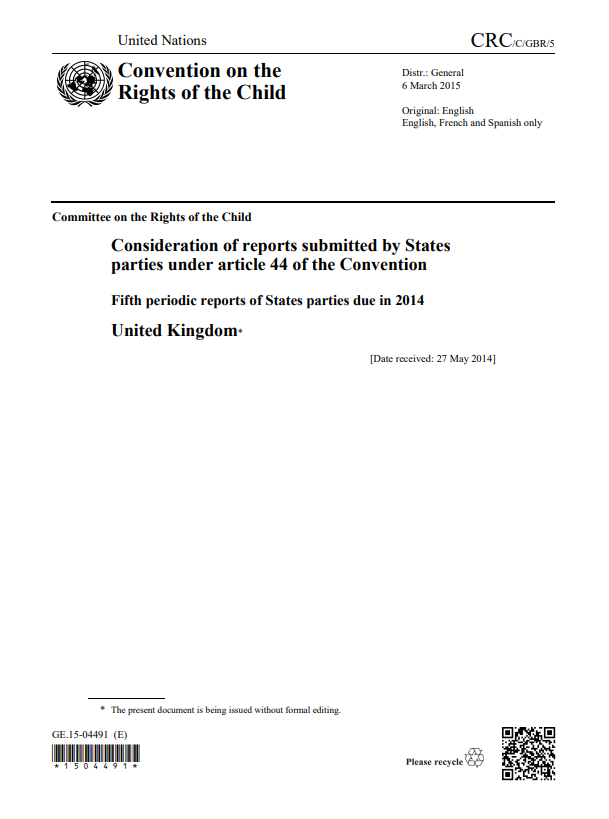 3. There have been significant improvements in children’s outcomes in the following areas:

(g) The number of children permanently excluded from school fell by 36 per cent in England and by 58 per cent in Wales between 2007/08 and 2011/12. Exclusion from Scottish schools decreased by 40 per cent;

(i) The number of first time entrants to the criminal justice system in England and Wales fell by 63 per cent between 2008 and 2012. The number of under-18s convicted in Scottish courts fell by 53 per cent;

4. The above represents good progress in some key areas. However, we are concerned about other data which show significant differences in the outcomes of children from different backgrounds, or which appear to show that aspects of children’s lives have got worse. For example:

(b) There remain significant gaps in educational attainment: in England only 36.8 per cent of children eligible for free school meals achieved 5 GCSEs (including English and Maths) at A*–C grades in 2011/12, compared to 63 per cent of all other children. The comparable figures for N. Ireland were 34.1 per cent and 67.9 per cent;