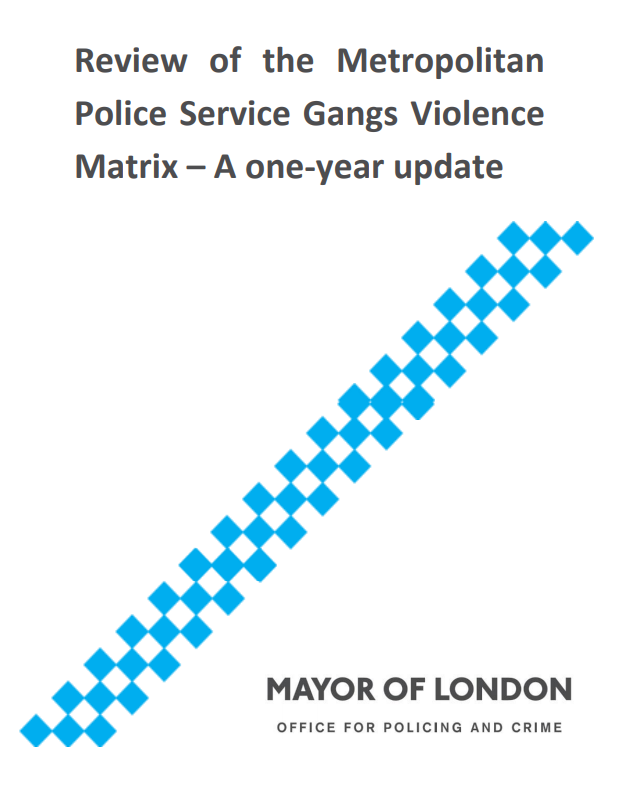 Overall, the current report does illustrate changes to the Gangs Violence Matrix population of 2019 compared to previous cohorts. As a whole, there are far fewer individuals on the Matrix. Demographically there has been little change - the majority remain male and Black African-Caribbean - although there are signs that new Matrix additions during 2019 are slightly less disproportionate. The cohort are now also less likely to be young (i.e. under 25), and almost all of the decrease can be attributed to the removal of hundreds of individuals with a ‘Green’ harm banding. Analysis further indicates little evidence that this group has offended subsequent to being removed.
‍

Finally, one of the Review recommendations was to improve the systematic data capture on individuals on the Matrix, especially around needs, referrals and outcomes. Whilst there is some evidence that Matrix administrative data (e.g. reasons for removal, evidence of gang affiliation) is now collated in a more standardised manner, significant gaps still remain. With regard to intervention data, the current report was unable to obtain any such data. However, we have since learned that the MPS have commenced a pilot to record intervention data in two BCUs, and recording will improve when the MPS transition to a new IT system in 2021. Such data is an enabler of all around better working and decision making, and as such remains a critical area to focus on.

1) Review of the Metropolitan Police Service Gangs Violence Matrix: Update on the implementation of the MOPAC recommendations
‍