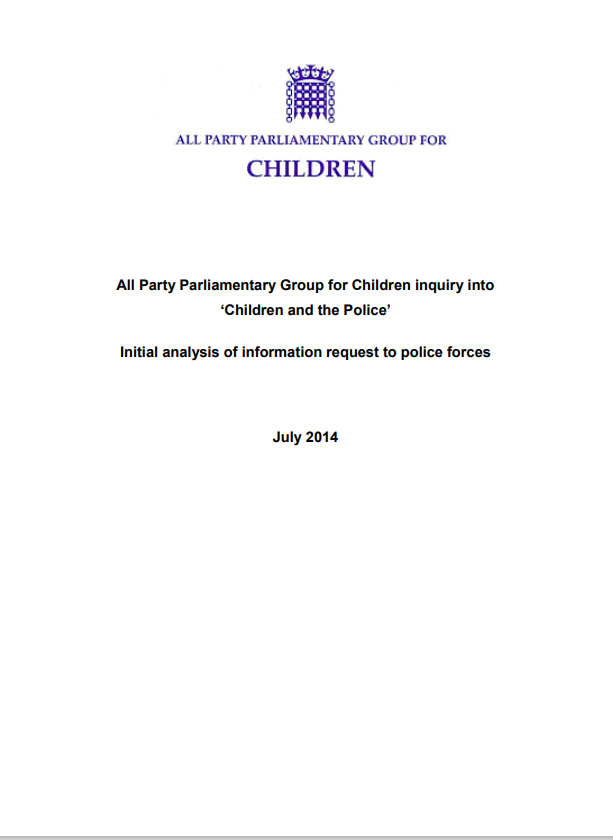 • Some of these children are very young: across 22 police forces, over the last five years, 1,136 stop and searches were carried out on children under the age of ten, the age of criminal responsibility in England and Wales.
‍

• Data provided by forces suggests that stop and search is used disproportionately on black and minority ethnic children and young people.
‍

• Police forces are unable to provide data on the numbers of looked after children stopped and searched.
‍

• Statutory police guidance and protocols do not sufficiently reflect the fact that a sizeable proportion of stop and searches are carried out on children, providing little in the way of specific guidelines including advice on safeguarding and child protection. 20 of the 43 police forces that provided data stated that they had no separate custody facilities for children and young people.

1) “It’s all about trust”: Building good relationships between children and the police

2) All Party Parliamentary Group for Children Building Trust: One Year on - Progress in improving relationships between children and the police