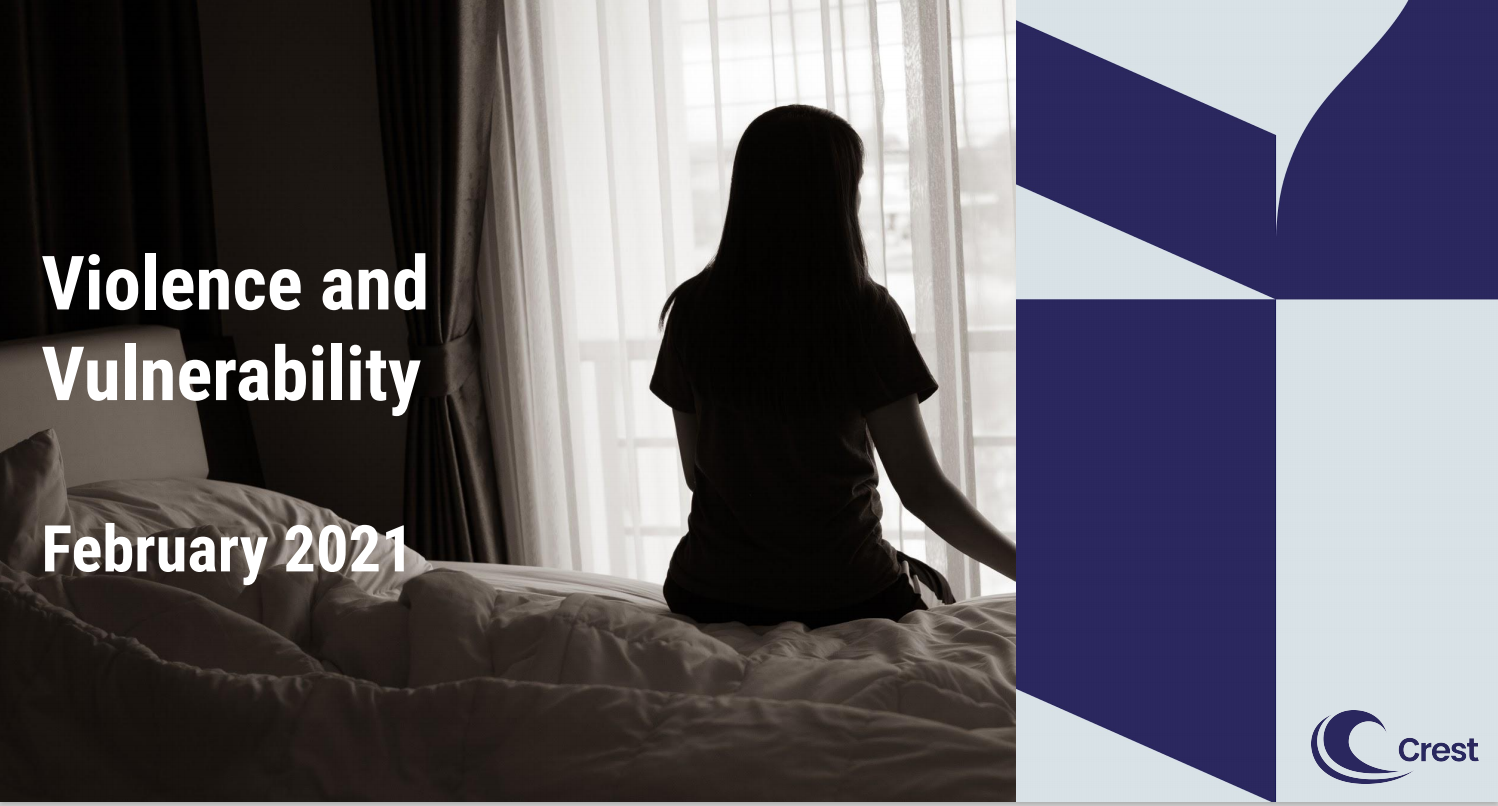 National context: The recent rise in serious violence in England and Wales has been characterised by a shift towards younger offenders and younger victims. There is evidence that many young people involved in violence are very vulnerable due to their backgrounds and circumstances. Some of these vulnerabilities appear to have been rising for the past five years including levels of poverty and deprivation.
‍

Numbers at risk of violence due to poverty and deprivation: Over 213,000 children in England aged 11 to 17 are vulnerable to serious violence due to deprivation and neighbourhood crime. The number of children is unevenly spread across England: nearly 40% live in ten local authority areas. There is growing evidence that Covid and lockdown measures will exacerbate the risks of vulnerability.
‍


Victims and perpetrators are not distinct groups: Crest analysed a group of perpetrators and a group of victims of violence and found they are not distinct groups. Many violent offenders are also victims - often at the same time. There were high levels of vulnerability among both groups. Details about the young people treated in a London Major Trauma Centre show that experiencing violence, witnessing violence and living in a violent area are by far the most prominent risk factors; many had suffered a traumatic bereavement. Almost all of the 57 young people in the perpetrator group had previously been victims of violence, either inside or outside the family. Details about the group, provided by a London Youth Offending Team, showed they had serious mental health needs. Many of them were not in education, employment or training - critical protective factors against involvement in violence.
‍

The effectiveness of current responses: Our assessment indicates there’s a lack of grip and urgency around those at risk of, and involved in, violence, with many gaps in arrangements to protect them - in particular for victims of violence
‍

●  Early help services focus on younger children; as cases grow, families with older children at risk are not treated as a priority
‍

●  A greater focus on diverting young people away from prosecution may have missed some whose offending has escalated into violence. At the same time, prevention work by youth offending teams has been significantly reduced
‍

●  Children who are more likely to be at risk are spending long periods of out of school, and informal practices such as ‘off-rolling’ appear to be more common
‍

●  Childhood trauma can make it hard for people to trust services so they disengage. But support often focuses on managing immediate risks rather than building trust over the longer term.
‍

●  Local authorities should be required to undertake a strategy and action plan on how they will safeguard children at risk of violence and criminal exploitation outside the home, as they have for child sexual exploitation
‍