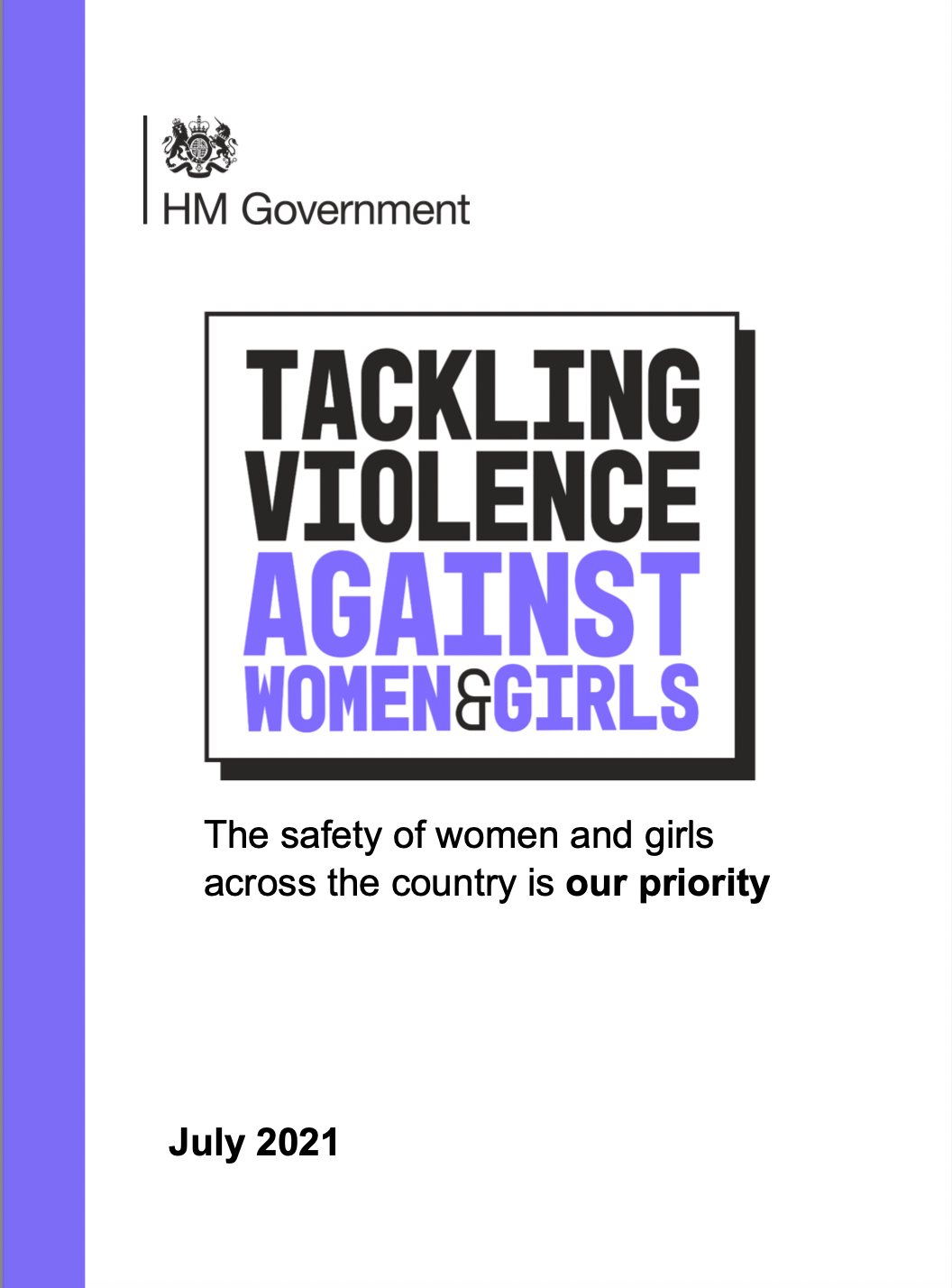 Tackling violence against women and girls

The Government’s Tackling Violence Against Women and Girls Strategy follows the Government’s previous 2010, 2016 and 2019 Strategies which set out our approach to tackling crimes which disproportionately affect women and girls. This year, the extent to which violence against women and girls exists has been brought to the forefront of the nation’s attention. We have seen reports to domestic abuse helplines increase in the context of COVID-19; we have read about tragic cases such as the deaths of Sarah Everard, Balvinder Gahir, Bibaa Henry, Julia James, Khloemae Loy, Nicole Smallman, Libby Squire; and girls and women everywhere have shared their personal experiences of sexual abuse via the ‘Everyone’s Invited’ website, leading to an urgent Ofsted review in schools and colleges. The Government is determined to build on this awareness and momentum for change.
‍

The very existence of violence against women and girls is a problem for all of society. These abhorrent crimes can change the course of a victim’s life, their experiences and their future. Sadly, they are also far too prevalent. And when individuals do become victims, accessing support can involve long waiting lists and limited support, reporting can mean not being believed, and seeking justice when there is not an admission of guilt by the offender can sometimes entail a lengthy delay until the trial takes place. In addition, agencies beyond those in the criminal justice system are also not always working in unity to prevent and address violence against women and girls. The Call for Evidence highlighted numerous problems that this Government is determined to address.
‍

Following the recent enactment of our ground breaking Domestic Abuse Act 2021, this Strategy and our forthcoming complementary strategy on domestic abuse provide a ‘once in a generation’ opportunity to reduce the prevalence of violence against women and girls, and improve the support and response for victims and survivors. Our ambition is:

- Firstly, to increase support for victims and survivors, through ensuring they have access to quality support appropriate to their needs (as measured through increased funded support services)
‍

- Secondly, building on increases we have seen in reporting to the police for some of these crimes, we want an increase in the number of perpetrators brought to justice (including for rape and other sexual offences, domestic abuse, stalking and harassment, and ‘honour’-based abuse including female genital mutilation and forced marriage). This will be measured via police recorded crime and court data12. In addition, given the under-reporting of these crimes, the Government wants to see an increase in reporting to the police (as measured by Crime Survey for England and Wales and police recorded crime) and increased victim engagement with the police and wider public service response. We specifically want to reduce the proportion of victims of these crimes withdrawing from criminal justice proceedings and increase public confidence in the system (measured by police recorded crime and criminal justice agency reporting data); and
‍

- Thirdly, the Government’s long-term fundamental ambition must be nothing less than to reduce the prevalence of violence against women and girls. We will achieve this by preventing more of these crimes in the first place and by identifying more of the crimes that we do not prevent. In the long term, we want to see a decrease in the number of victims experiencing these crimes in each year (measured through reporting in the Crime Survey in England and Wales, which includes information on the prevalence of crimes such as rape and other sexual offences and stalking).
‍

- This Strategy sets out a cross-Government approach with an ambitious package of activity to help achieve this ambition and ensure everyone plays their part in preventing and identifying these crimes, creating the safety that we all deserve. Everyone has the right to go about their lawful business and not be subject to violence or other criminality. This Strategy complements wider work across Government to tackle other key priorities, including homicide, serious violence, and neighbourhood crime.