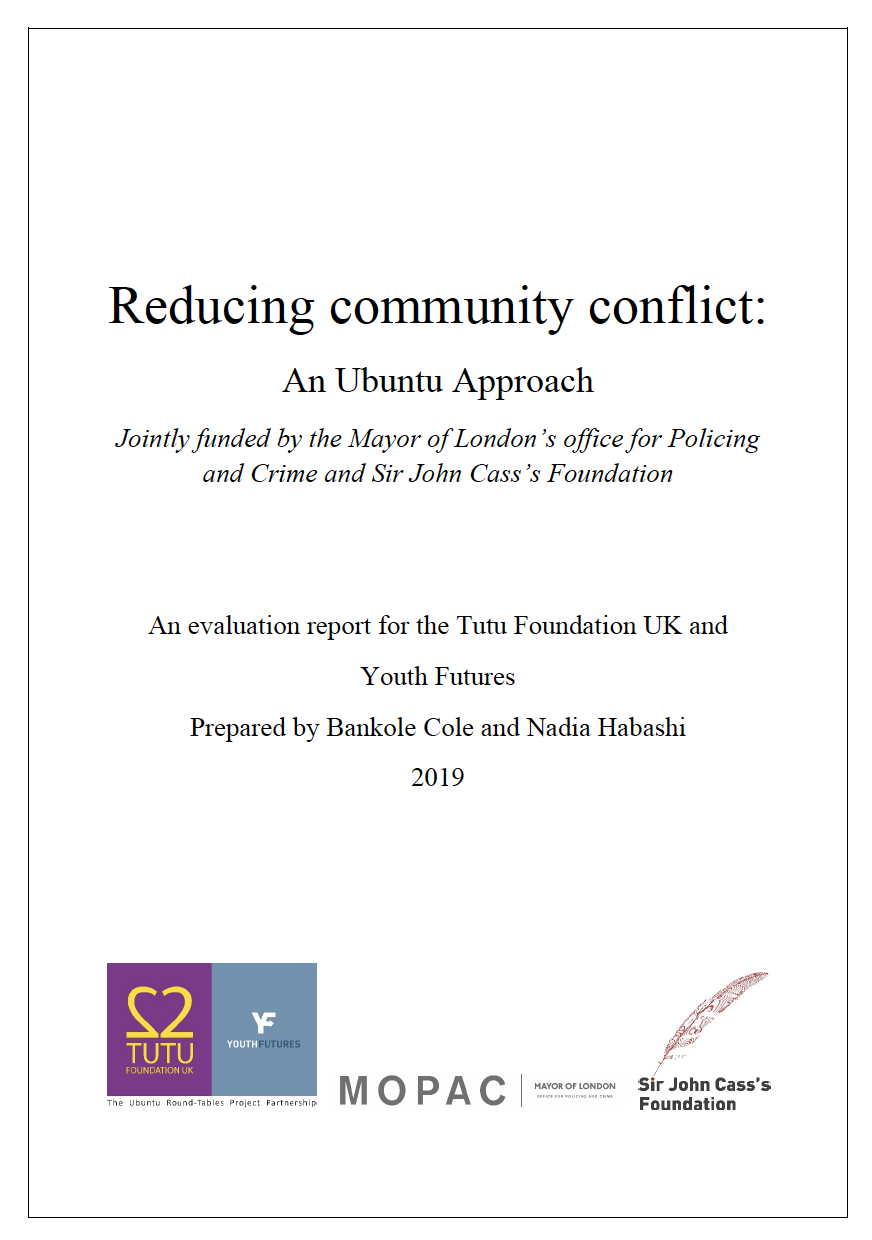 Formative evaluation of the Ubuntu Roundtable Project pilot project which took place in 7 London Boroughs. The initiative adopted the African concept of Ubuntu "a person is a person because of or through others" (Tutu, 2004: 25-26) as a vehicle to improve police youth relations, through participatory engagement between young people and the Police in 7 London Boroughs.

The project was jointly funded by the Mayor's Office for Policing and Crime (MOPAC) and the Sir John Cass's Foundation (now known as the Portal Trust).