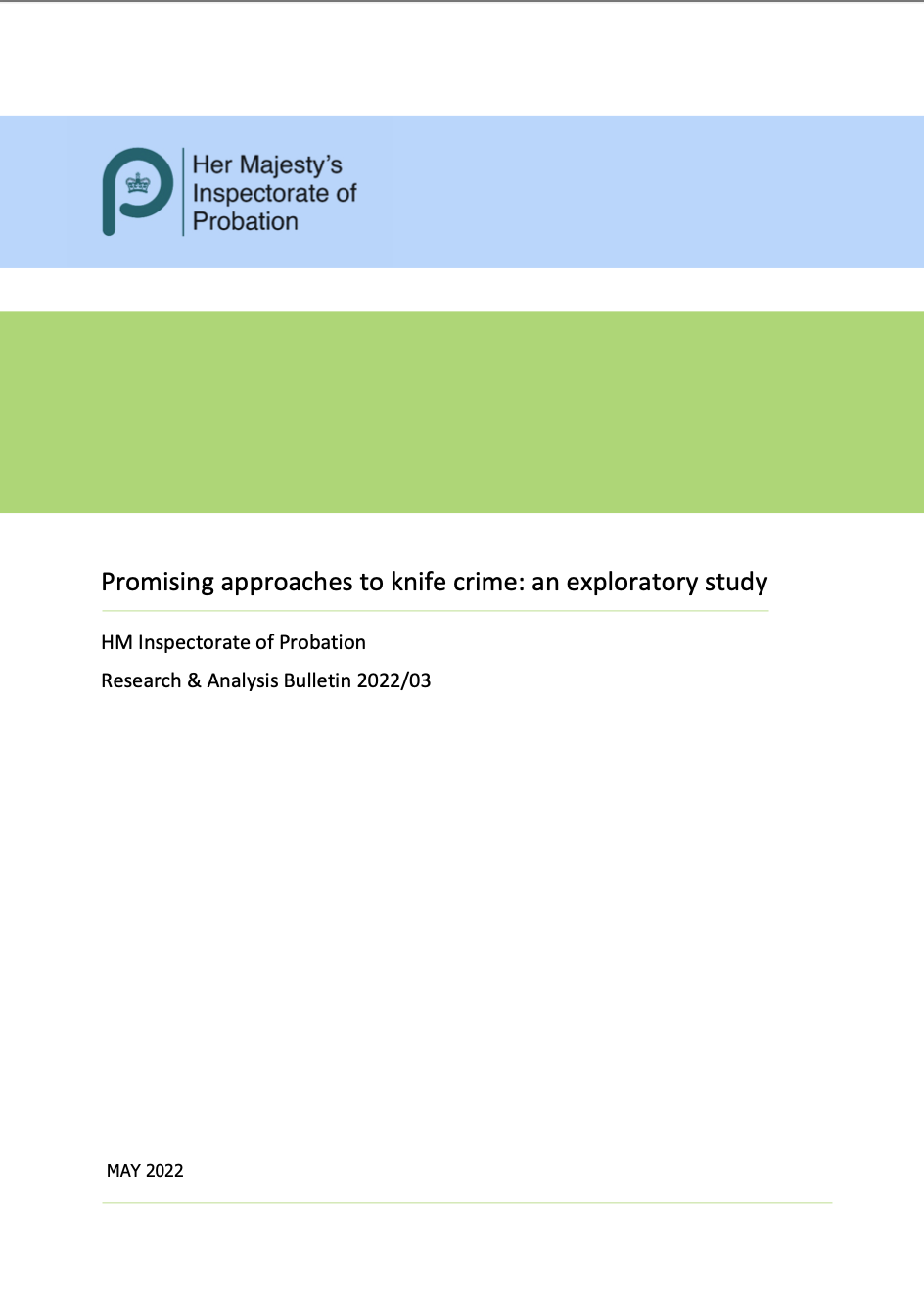 ‍‘Knife crime’, which here we use as shorthand for children and young people using and carrying bladed weapons in public places, has been increasing in recent years. Current evidence suggests that knife crime is driven by a combination of poverty, marginalisation, adverse childhood experiences (ACEs), trauma, fear and victimisation, including exploitation. Youth offending teams (YOTs), amongst their other duties, are responsible for working with children (aged 10-17 years) who are at risk of involvement with knife crime, or who have been found guilty of a knife crime. YOTs are interdisciplinary teams which provide multi-agency input based on local need. They provide supervision and intervention programmes which focus on desistance from crime, and support children to avoid offending and reoffending, and to live a healthy and positive life. Although YOTs are increasingly sharing or co-commissioning services across local government boundaries, greater understanding of effective YOT activity is needed to allow for improved practice sharing, and potentially to deliver financial savings.

‍The research adopted a cross-sectional qualitative design in which we interviewed 77 people from five YOTs. The interviews focused on what participants believed to be promising practice in responding to knife crime. The interviewees included caseworkers, managers and leaders, external stakeholders (such as partners who worked with the YOT), and children. The five YOTs were chosen because they were situated in areas where statistics showed a high prevalence of knife crime and there was some pre-existing evidence that the YOT had adopted promising approaches. The YOTs, which were spread across England, all served densely populated urban areas with relatively high levels of inequality and deprivation and an ethnically diverse population