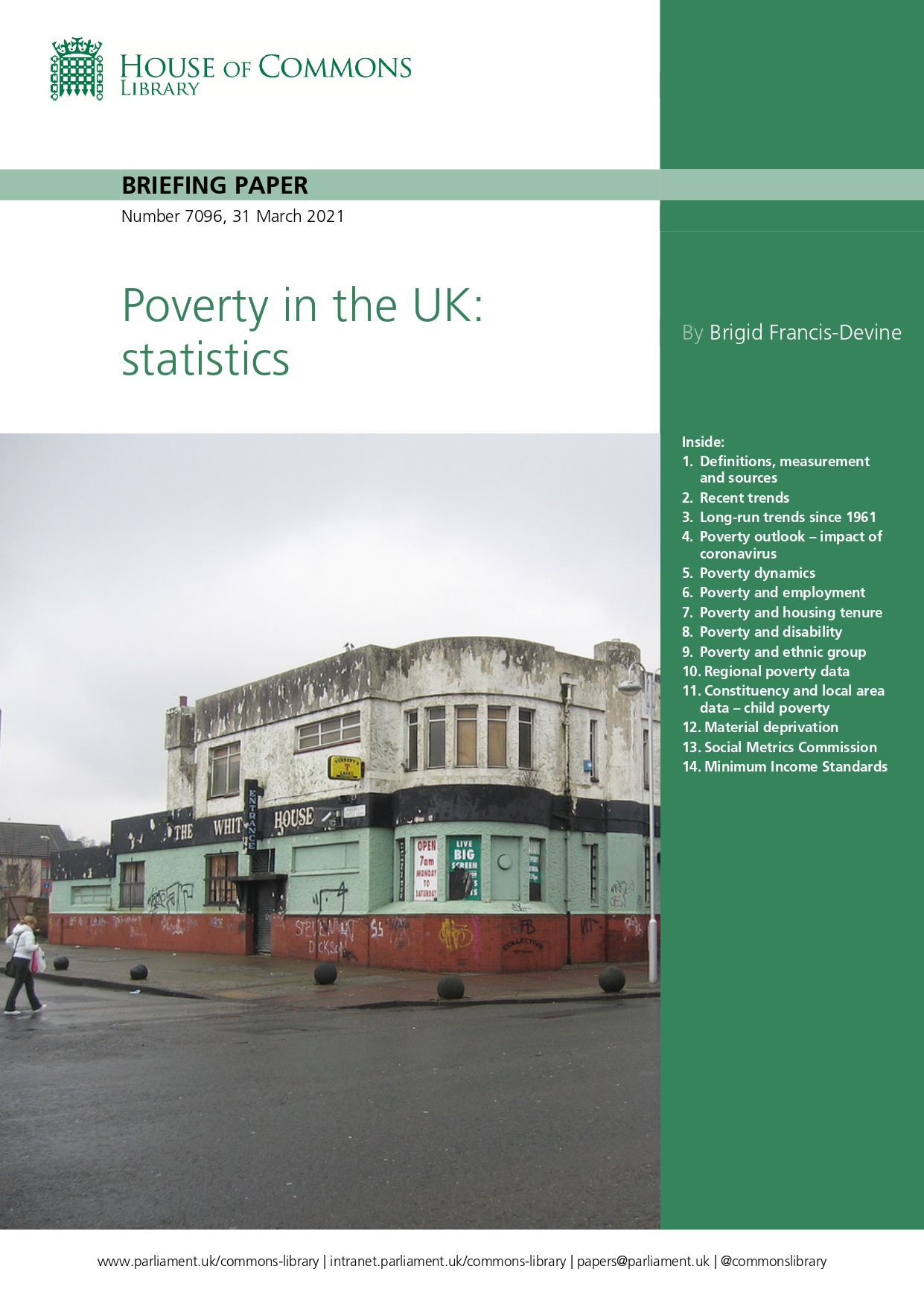 Poverty in the UK: Statistics

Various poverty measures based on disposable household income are in common use and the trend can look quite different depending on the measure used. Two commonly used measures are:

The 'relative low income' measure compares the households with the lowest incomes against the rest of the population in that year, while the 'absolute low income' measure looks at whether living standards at the bottom of the distribution are improving over time. A low income measure can also be combined with an assessment of whether households have access to key goods and services, for a measure of low income and material deprivation.
Income can be measured before or after housing costs are deducted, and poverty calculated based on these different definitions of income (BHC = before housing costs, AHC = after housing costs). Poverty levels are generally higher based on income measured after housing costs, because poorer households tend to spend a higher proportion of their income on housing.

Overall, levels of relative low income have been fairly steady over the past few years, but this varies between population groups: the proportion of children and pensioners in relative low income is higher than it was five years ago. The share of people in absolute low income has also remained reasonably stable over the last five years. This indicates that both living standards for the poorest households and the gap between them and middle- income households has remained about the same.

Over the longer-term, there has been a reduction in poverty rates since the late 1990s for children, pensioners and working-age parents. However, for working-age adults without dependent children the likelihood of being in relative low income has increased.