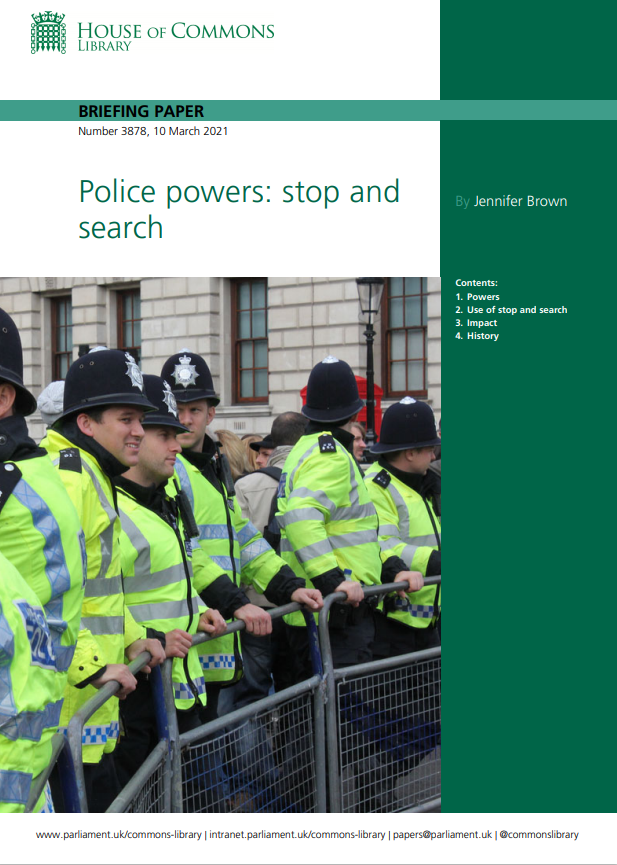 The police have a variety of legislative powers to stop and search those they suspect have certain items. Their stop and search powers allow them to “allay or confirm” their suspicions without making an arrest.
‍

There are three types of stop and search powers:
‍

• powers which require officers to have “reasonable grounds” to conduct the search, sometimes known as ‘section 1’ searches;
‍

• a power which allows officers to search without reasonable grounds, sometimes known as ‘no suspicion’ or ‘section 60’ search. This power can only be used when authorised by a senior officer based on certain ‘pre-conditions’.
‍

• a power officers can use to search those they ‘reasonably suspect’ are terrorists. This terrorism power is not discussed in this briefing.
‍

Officers must use a specific legislative power every time they carry out a stop and search. They must use the correct power for the circumstances of each search. They cannot rely on someone’s consent alone to search them.
‍

The current Government and policing leaders have argued that stop and search should form part of the response to violent crime. The Home Office has relaxed voluntary guidance on the use of pre-condition search introduced during the 2013-2016 reform period and encouraged forces to use their search powers more frequently.
‍