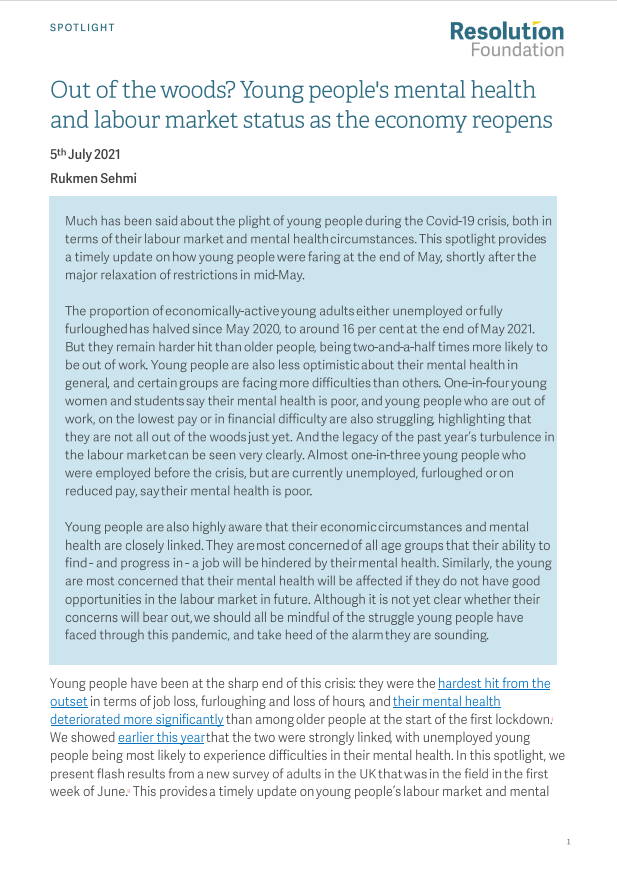 Out of the woods? Young people's mental health and labour market status as the economy reopens

The proportion of economically-active young adults either unemployed or fully furloughed has halved since May 2020, to around 16 per cent at the end of May 2021. But they remain harder hit than older people, being two-and-a-half times more likely to be out of work. Young people are also less optimistic about their mental health in general, and certain groups are facing more difficulties than others. One-in-four young women and students say their mental health is poor, and young people who are out of work, on the lowest pay or in financial difficulty are also struggling, highlighting that they are not all out of the woods just yet. And the legacy of the past year’s turbulence in the labour market can be seen very clearly. Almost one-in-three young people who were employed before the crisis, but are currently unemployed, furloughed or on reduced pay, say their mental health is poor.