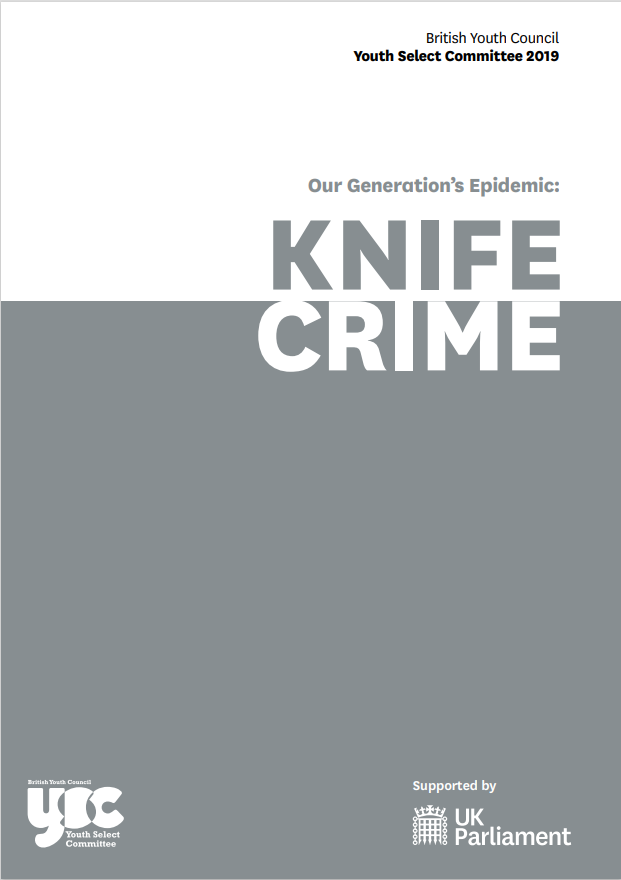 Knife crime affects people of all ages and backgrounds across the country, and all too often both perpetrator and victim are young people. However, throughout our inquiry we heard evidence that a young person’s risk of getting involved in knife crime is dramatically different between different groups of young people. Young people who for example experience mental health issues, adverse childhood experiences, have learning difficulties, live in poverty or are excluded from school are more likely to be vulnerable to involvement in knife crime.
‍

We welcome the Government’s recent commitment to the public health approach which we agree can, if done effectively, identify and help young people at risk. As there are complex, and often numerous, factors making a young person vulnerable to involvement in knife crime, one public service will not be able to tackle knife crime independently. There is an urgent need for services to be empowered to work together and share information and knowledge as well as being guaranteed adequate resources and long-term funding security.
‍

All too often the blame for increase in knife crime is assigned to music, social media and popular culture. We believe that it is through creative means such as music that young people express themselves, share their concerns and frustrations and paint a picture of their reality. Rather than penalising young people, an effort should be made to understand the often violent reality which is depicted in music and address it. We do however also acknowledge that social media is a tool which can be used to intimidate and threaten young people. We have also heard that social media can be used to glamourise a criminal lifestyle. It is therefore vital that the Government urgently investigates the scale and severity of the problem.
‍

We also heard arguments for the importance of real, relatable role models. The emphasis on role models should be on ensuring that they come from a diverse range of professions and backgrounds so that young people can relate to them and feel inspired and hopeful for the future.
‍

Education has a major role to play in tackling knife crime. Not only through teaching the dangers, risks and consequences of involvement in knife crime but also to facilitate contact with the local police and through safeguarding a child who may be at risk. We are extremely concerned about the rates of exclusions in schools, especially as statistics show that young people of Black Caribbean backgrounds are more likely to be excluded than their White peers. We strongly believe that exclusions should be the absolute last tool used in long line of measures taken when a young person misbehaves.