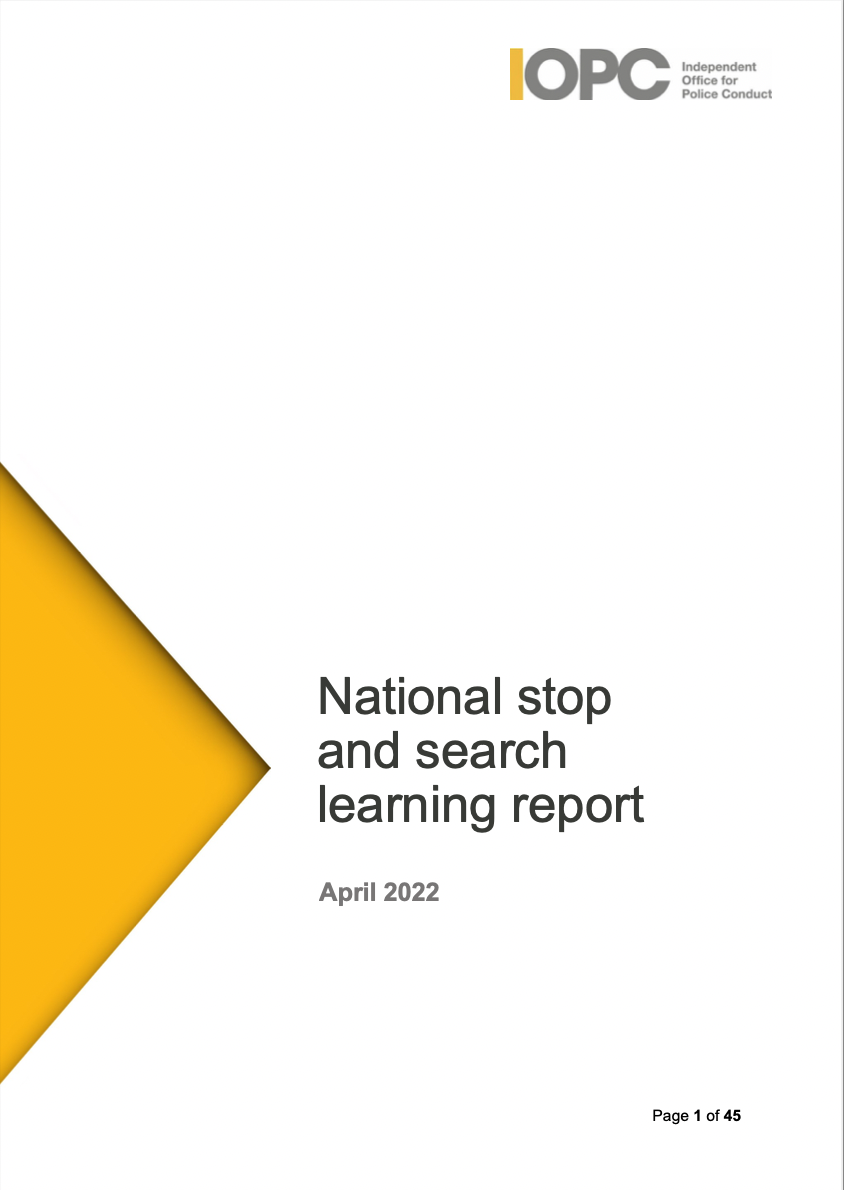 Stop and search is a legitimate policing tactic, and we recognise the value of having a power that allows officers to detain a person, who is not under arrest, to search them or their vehicle for an unlawful item. The powers have been described as an important tool in dealing with knife crime and drugs, in particular. However, its disproportionate use against people from a Black, Asian, or other minority ethnic background,¹ particularly young Black men, has been a concern for many years and it remains one of the most contentious policing powers.

The experience of being stopped and searched can be highly intrusive. We repeatedly hear from complainants and others about negative experiences of being stopped and searched, the perceived lack of legitimacy, and the dissatisfaction and resentment that can be caused. Research shows that these can combine to create a loss of trust and legitimacy in policing, marginalisation, exclusion, and in some circumstances can hinder the flow of the crime-related intelligence from witnesses (Jackson, et al., 2012; Bradford, 2015; The Rt. Hon. David Lammy MP, 2017; Bradford, 2017).

In 2020, we launched our thematic work on race discrimination, which enables us to independently investigate cases which would not ordinarily meet our threshold for investigation. Taking a thematic approach helps us to build the necessary body of evidence to drive real improvements in police practice by identifying both good practice and systemic issues, and in 2020 we used this approach to shape 11 formal learning recommendations to the Metropolitan Police Service (MPS) following the investigation of 5 investigations featuring the use of stop and search.

This report is the next step on from that work, looking at learning that could be shared at a national level.

We welcome work being carried out by the College of Policing and NPCC to develop the Police Plan of Action on Inclusion and Race (College of Policing and NPCC). We anticipate that some of the issues we highlight in this report will also be considered within that Plan of Action and suggest that the evidence from this report is used to support work to take the Plan of Action forwards. Discussions with the NPCC during the development of these recommendations have shown there is a lot of work happening within individual forces to consider and explore new and innovative practices. The NPCC is playing a key role in coordinating and sharing information.