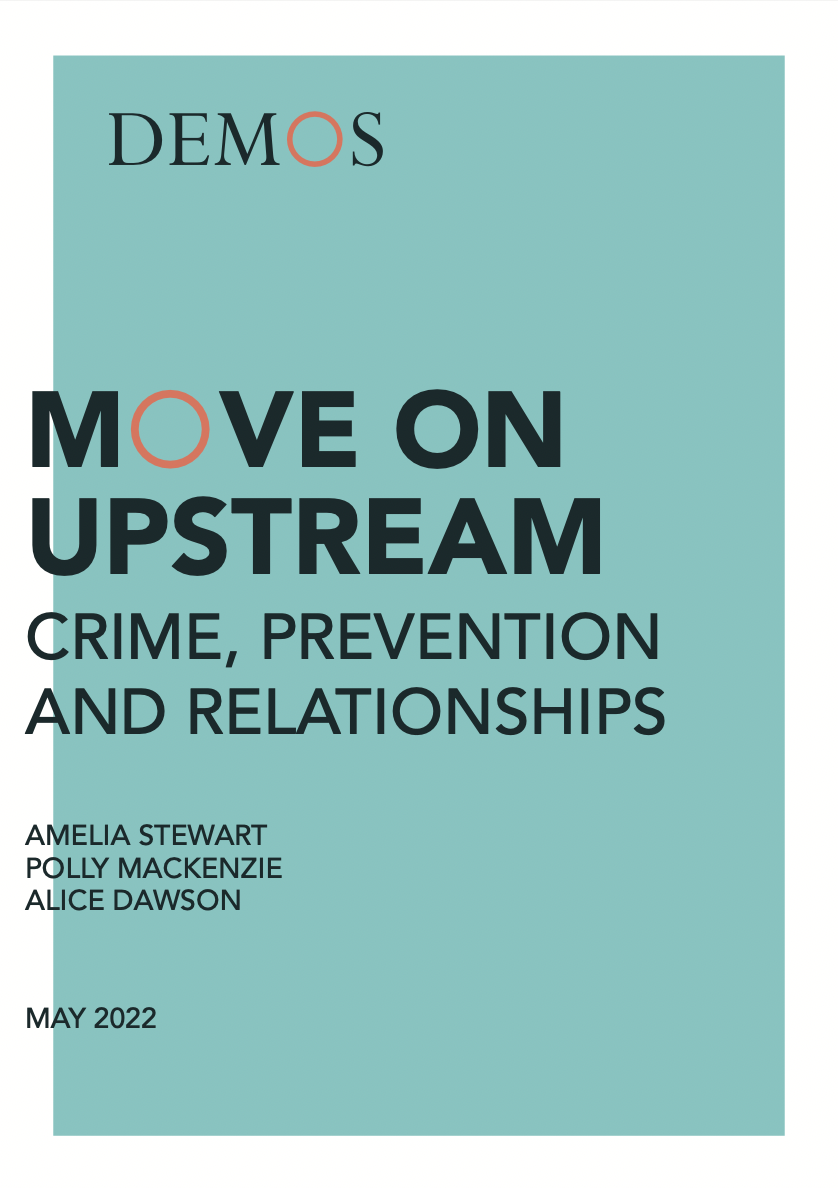 If the public knew how the police really spent their time, they’d be horrified. - Senior police official

This paper tells a story of disappointment and illusion. It’s the story of an overstretched, often exhausted police force that’s incapable of keeping up with modern patterns and volumes of crime, and struggles to build trusting relationships with huge numbers of the citizens it serves. It’s the story of a political system that refuses to acknowledge the problem and pretends that a few extra officers will plug the gaps. And it’s the story of victims let down, crimes ignored, and communities suffering.

This report is the fourth in a series from Demos on relational public services. The first report, The Social State: From Transactional to Relational Public Services argued that we need to reimagine our public services in the aftermath of the pandemic. It made the case that the only state we can sustainably afford is a preventative one, and argued that the standard model of transactional services, which set out simply to respond to demand when it arises, is incapable of being preventative. The Social State explained that most of our public services are stuck in a transactional trap: so overwhelmed by demand that they cannot find the time or resources to move upstream and prevent problems. This transactional trap undermines public trust and confidence in those services and can actually drive need up: people don’t come forward to health services with long waits, until their condition has worsened, for example.

‍Demos argues that the best way forward for our public services is a shift away from the transactional model of public service delivery which treats people as atomised individuals and focuses on processes, toward a relational model that helps to reduce demand and build up the capacity of individuals and communities to resolve their problems outside of formal service provision. The relational model does this by fostering strong relationships between individual service users and professionals, between services and the communities they serve, and between citizens themselves. It’s an asset-based approach that invests in the social infrastructure which helps reduce demand over time, and improve outcomes.

‍In this paper, we apply the relational lens to the UK’s police forces, and make the case for a new approach to collaborative, community-based crime prevention.

Policing is firmly stuck in the transactional trap: the scale of crime is so high that with current capacity the police are unable to match demand with an appropriate service response. This is not to scaremonger about crime rates: the UK is not, globally, a particularly high crime country and many types of serious and violent crime are falling. However, as we set out in Chapter 1, Unpolicing, the basic reality remains that the majority of crimes are not reported to the police, and only 7% of those that are recorded by police result in a charge or a summons. Not every crime can be solved, of course, but our interviews with victims tell the story of disappointment with policing very clearly: many victims find the police unresponsive, defensive and even dismissive.

In Chapter 2, we analyse the state of the relationship between police and citizens and why it matters. The UK has historically had relatively low police numbers, and has pursued the doctrine of policing by consent: it has built on the principle set out by the founder of modern policing Robert Peel that the “police are the people and the people are the police.” In other words, this low-intensity policing can only be successful if two conditions are met. First, the police force must be drawn from the citizens they serve to foster trust and confidence. Second, crime prevention has to largely happen outside the formal police force: it is done by the people through mutual respect for and reinforcement of the rules, not a uniformed presence on every street corner. In other words, a healthy relationship between the police, the law and the community is the most fundamental foundation for policing by consent. That relationship is failing, in part because of the struggles set out in Chapter 1.

Chapter 3 explores the chronic and acute challenges the police face in building strong, healthy relationships with the communities they serve. The nature of the police, as the custodian of the state’s coercive power, will always create some tension with citizens and communities. However, this has been worsened by funding pressure within the police, and cuts in a whole range of public services whose failure lead to downstream pressure on police officers to intervene as the last resort. When the police are forced to act in the place of social services, their use of coercive power can cause lasting harm to people’s trust.

In Chapters 4 and 5 we turn to solutions. Chapter 4 looks at how police services themselves can reform. It examines the culture of policing and makes recommendations for improving recruitment and training practice. It argues for a new kind of visible, community policing that is not simply reliant on full time professionals but leverages community resources and volunteers to build collaborative processes for crime prevention and restorative justice. We make the case for the police to set a core target not just for improving trust with citizens, but for reducing the trust gap between those communities with the greatest and least confidence in policing’s ability to serve them.

Chapter 5 looks at crime prevention, and argues that this cannot simply be the preserve of the police force. Our core belief is that strong communities with high levels of social capital are best placed to prevent crime. There are ways for the police to support this, but the nature of their coercive power means these will always be limited. We need a new crime prevention service at the local authority level, to bring together police and community services to reduce crime.

Methodologically, this report draws on the following sources:
‍

‍• Semi-structured interviews in January 2022 with people who had been victims of crime in the last five years and had reported it to the police.

‍• A focus group in January 2022 with people who had not been victims of crime in the past five years.

• A roundtable discussion and one-to-one interviews with a range of stakeholders, including former and serving police officers, policy experts and academic experts.

• A literature review of UK and international evidence, focusing on prevention and relationships in policing theory.

• We believe policing is an essential part of a healthy society; without a successful criminal justice system it is impossible to deter or punish crime, and police play an essential role in both. However, policing is simply losing touch with the changing nature of crime, and the changing nature of our society. The illusion that it can respond to what citizens want and expect from it is breaking down.

• We need to reshape our thinking about the relationship between the police and the citizens and communities they serve. We need to stop using the police as a social service of last resort, and we need to stop undermining public confidence by setting unrealistic expectations for what the police can accomplish. If we do so, we can start to build a trustworthy and trusted police service, able to respond to crime, support victims, and contribute to a shared effort to reduce crime and protect citizens.