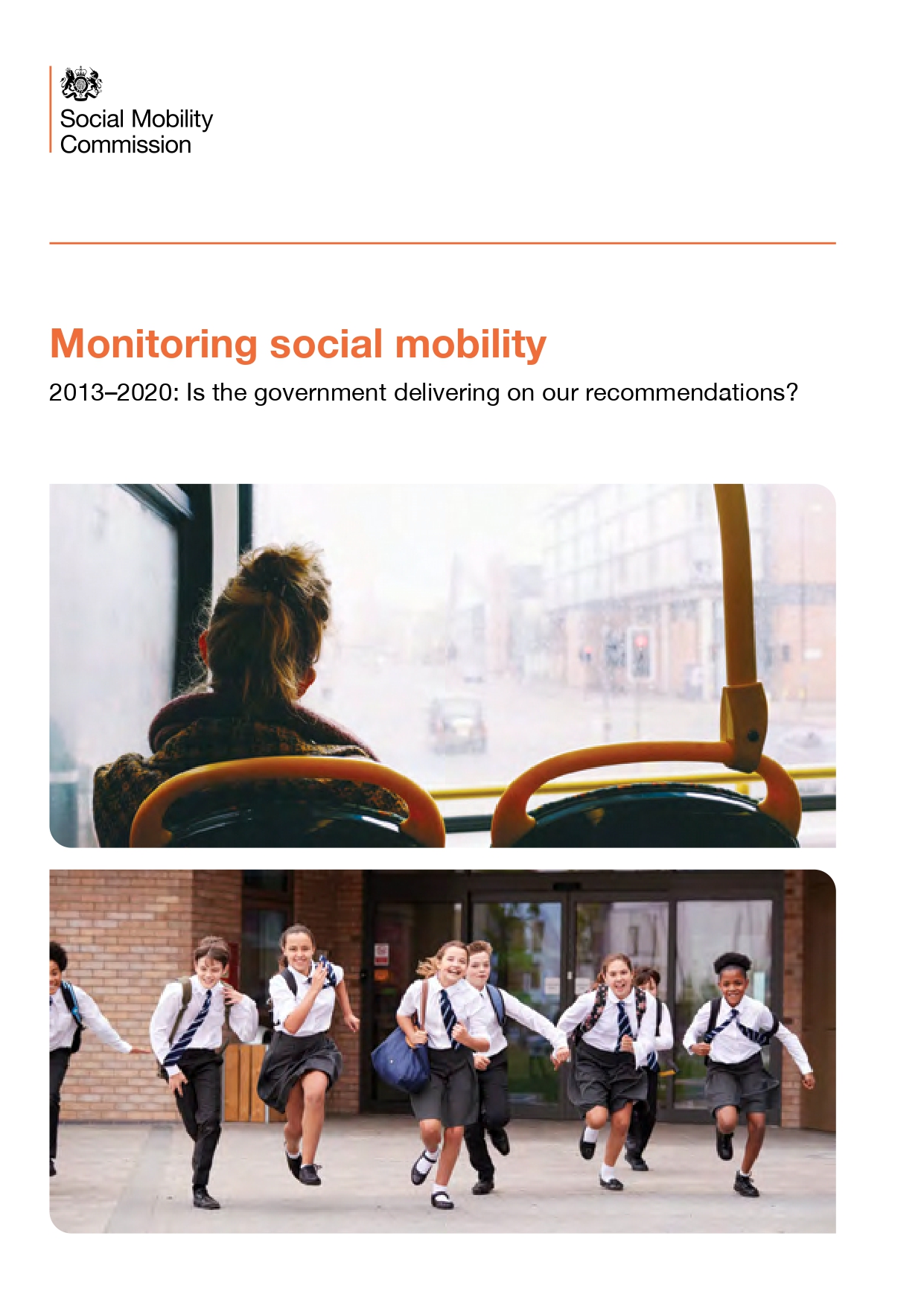 Monitoring social mobility 2013-2020: Is the government delivering on our recommendations?

Every year the Commission makes a series of recommendations to the government, aimed at giving everyone an equal chance in life. And every year, officials and ministers make policy pledges. But are they really taking action – and is it making a difference?

Our State of the Nation 2018 to 2019 report revealed social mobility had stagnated and we wanted to find out why. So we asked the government what they had done in response to recommendations drawn up by us since 2013.

The broad recommendations were split across both the areas where we have done significant recent work – education, training and employment – as well as health, transport and housing, where we have done less work, but intend to do more.

The later chapters in this report concern the areas where we want to broaden our reach. We also wanted to include people's own life stories to show why social mobility matters. The government responses show that while some departments have made reasonable progress, others have achieved less. It was also rare to find departments working together in a joined-up approach.

There is now mounting evidence that welfare changes over the past ten years have put many more children into poverty. This is likely to have a big impact on social mobility, as children living in poverty often have worse health, start school behind their peers developmentally, and do less well once they get there. Poverty rates are tied to inequalities in wealth and living standards, which have increased in the UK over the past two decades. The top 10% of people hold almost half the total wealth. Average wealth has increased by 11% for the richest, compared with 3% for the poorest. The government urgently needs to recognise that benefit cuts to families with children are increasing child poverty. The intention of Universal Credit was to lift more families out of poverty, but the DWP appears to have done little work to ensure it is not making child poverty worse.

By the age of five, children in disadvantaged areas already face limited life prospects. In some areas, childcare is well resourced. In others, poor pay and career prospects drive a drain of early years workforce talent to other sectors of the economy.

The government's refusal to implement our recommendation to extend the 30-hour free childcare over to parents working eight hours is another roadblock. However, encouraging signs exist, including the Hungry Little Minds and Troubled Families programmes, as well as the Early Years Pupil Premium.

Stabilising the early years workforce is the essential foundation to improving children's life chances. Some good things are happening, but there is no consistent strategy.