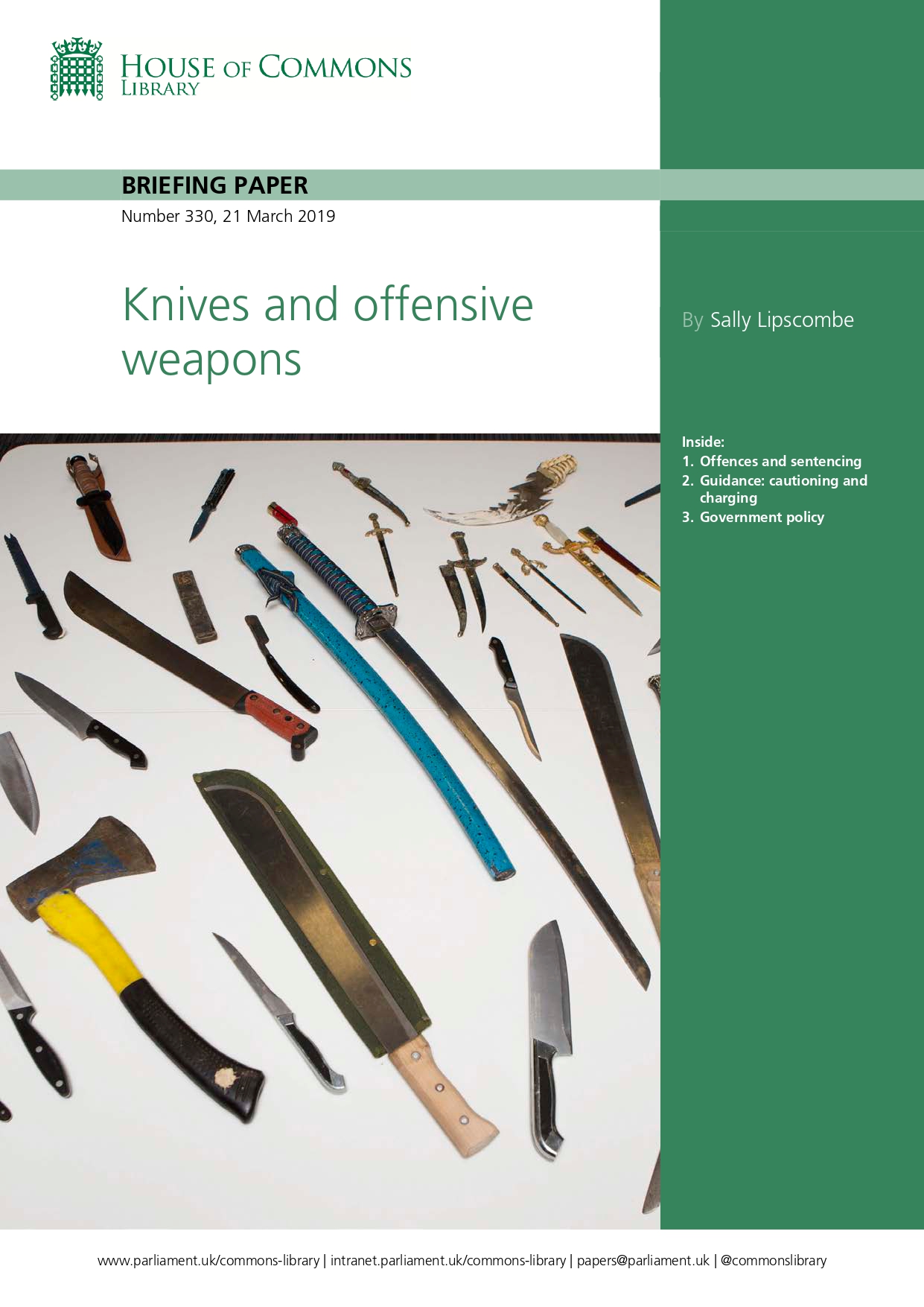 It is an offence to possess an offensive weapon or bladed or sharply pointed article in a public place or on school premises. There is also an aggravated form of these possession offences, committed when the person in possession of the weapon uses it to threaten another in such a way that there is an immediate risk of serious physical harm to that person. Offenders aged 16 or over convicted of these possession offences will (in certain circumstances) receive a minimum custodial sentence.
‍

Offences relating to sale and supply

It is an offence to manufacture or sell dangerous weapons (flick knives and gravity knives) or offensive weapons (such as knuckledusters, swordsticks and zombie knives).

Legislation prohibits the sale of a knife, knife blade, razor blade, axe, or other article with a blade or sharp point made or adapted for use for causing injury to the person, to persons under the age of 18. The prohibition does not apply to certain folding pocket knives and enclosed razor blades. The law also prohibits the marketing of knives in a way which suggests that they are suitable for combat, or which would otherwise be likely to stimulate or encourage violent behaviour involving the use of a knife as a weapon.
‍

Police Guidelines on the Investigation, Cautioning and Charging of Knife Crime Offences set out an expectation that those who illegally carry and use knives will be prosecuted.

There are also statutory restrictions on the use of cautions for serious offences, including the knife possession offences described in this note.
‍

The Government's policy on tackling knife crime is based on "four key strands": working with the police; working on the legislative framework; working with retailers on responsible sales; and looking at early intervention and prevention.

In April 2018 the Home Office published the Serious Violence Strategy, which it has described as looking at "the root causes of the problem and how to support young people to lead productive lives away from violence" as well as at law enforcement. The Home Secretary has also announced plans for a new statutory duty for all agencies – including health, education and social care – to work together to tackle serious violence.

In March 2019 the Chancellor used his Spring Statement to announce £100million of funding for the police to tackle knife crime.

The Government has also introduced the Offensive Weapons Bill, which sets out new restrictions on the sale and possession of knives and bladed articles.