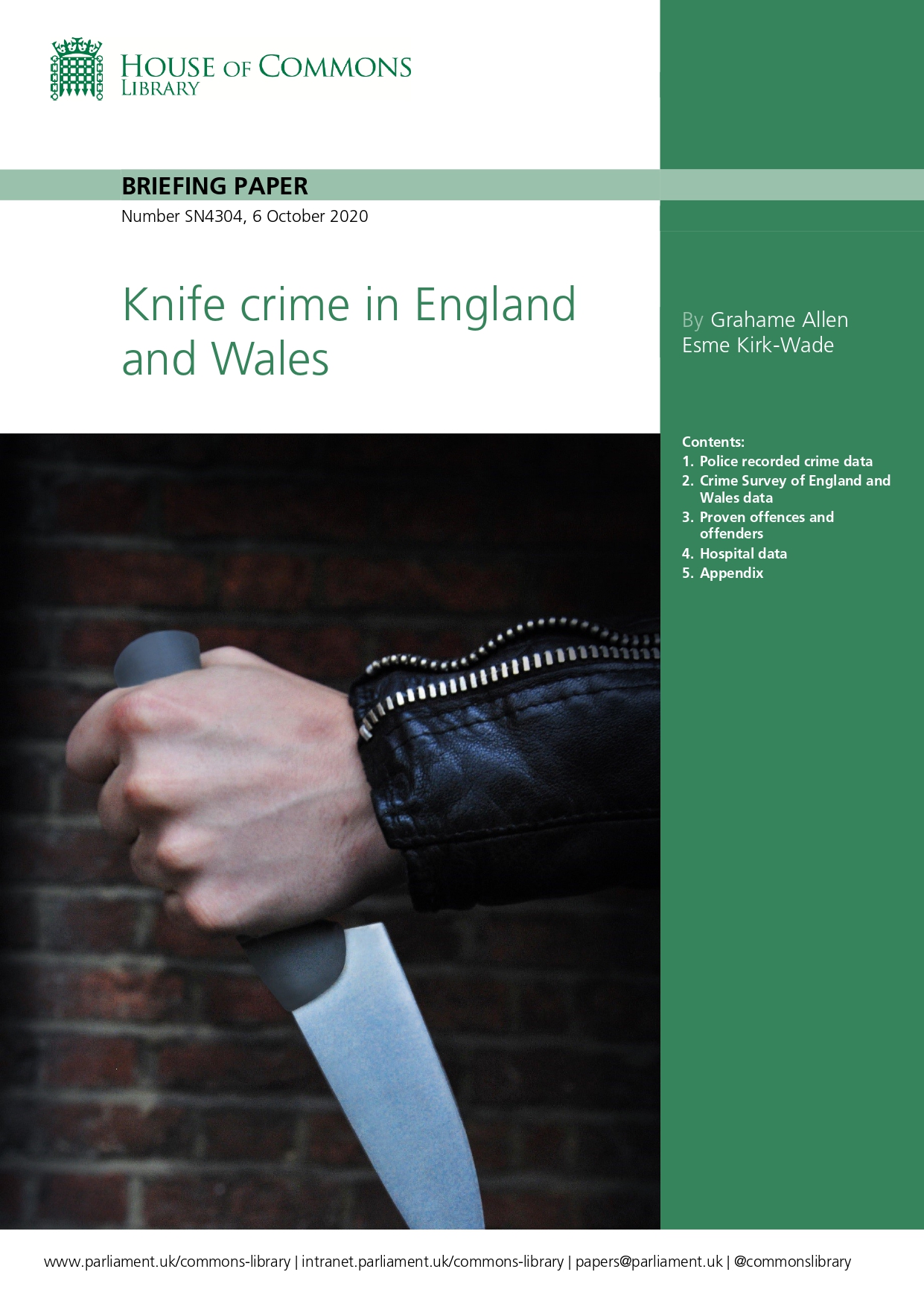 Knife crime in England and Wales

In the year ending March 2020, there were around 46,000 (selected) offences involving a knife or sharp instrument in England and Wales. Recent trends in offences have been affected by undercounting in the Greater Manchester Police Force area prior to 2018/19. In addition, due to ongoing problems, data from Greater Manchester Police is not available for the year 2019/20. Excluding figures from Greater Manchester, this is the highest number of offences since the year ending March 2011, the earliest point at which comparable data are available. This increase is directly related with improvements in recording practices.‍

In the year ending March 2020, there were 20,597 disposals given for possession of a knife or offensive weapon. Juveniles (aged 10-17) were the offenders in 21% of cases.