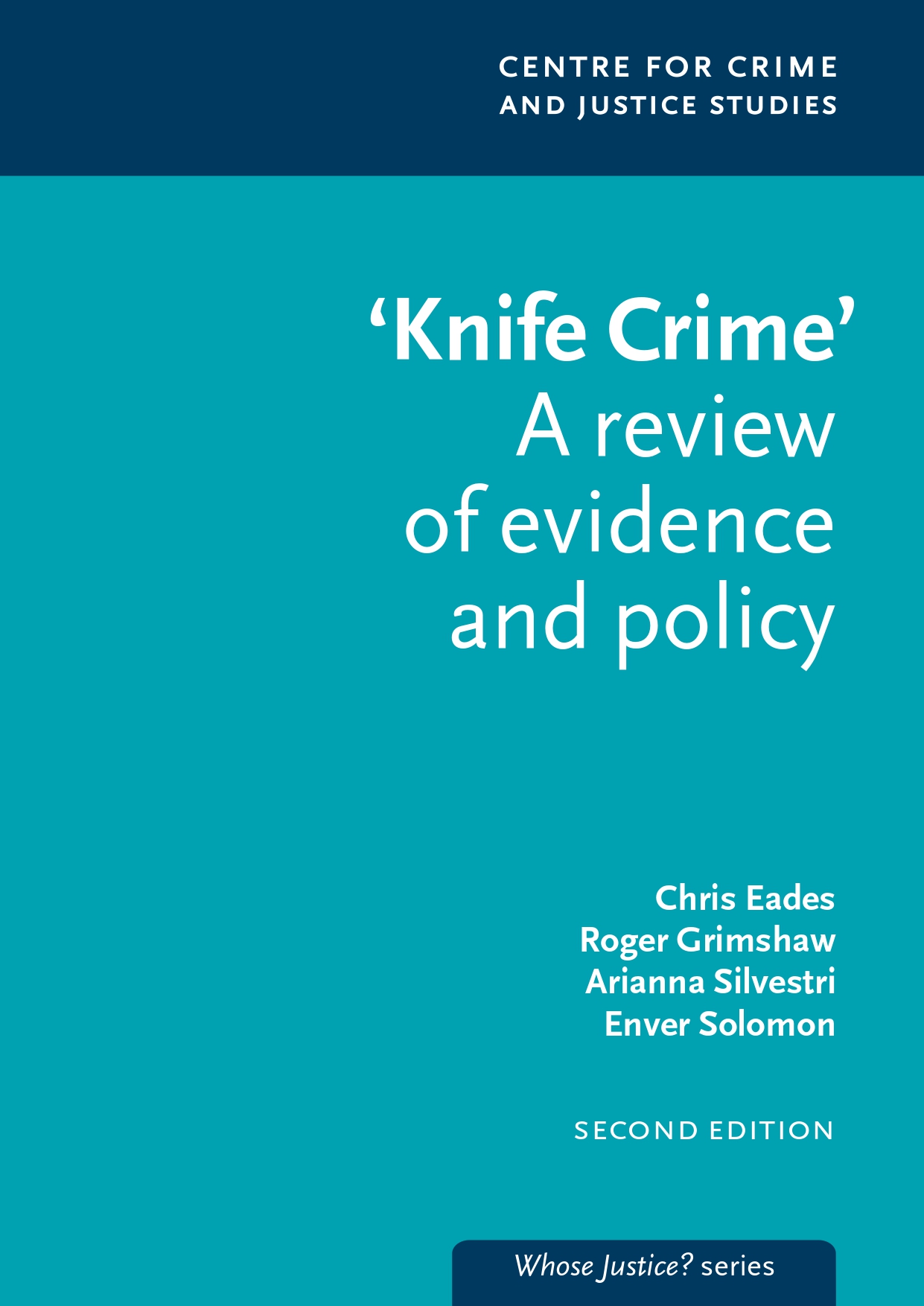 'Knife Crime' A review of evidence and policy, Second Edition

'Knife crime' has become an expression commonly used by politicians and the media, but it is not always entirely clear what it actually is or what they actually mean when they use the term. 'Knife crime' potentially encompasses a very broad range of offences and thus causes problems in both the definition and determination of its prevalence. Clearly, the production of a knife in the commission of a crime, such as in a robbery or sexual assault, even if not used to cause injury, is a 'knife crime' under any interpretation. But it is less clear whether the term may also be accurately applied to, for example, a burglary during the course of which the perpetrator is arrested and found to be in possession of a knife which was never produced or used. Whatever the meaning, the public and political debate about 'knife crime' would benefit from both an attempt to define what is actually meant by the term and a more careful, and less sensational, use of it. Disaggregating the offences that can be termed 'knife crime' (for example: offences in which an individual is stabbed; those in which a knife is used in a threatening manner; those in which a knife happens to be in a person's back pocket, etc.) would provide far greater clarity.

Much of the media reporting and political comment has been misleading, in part due to the paucity of reliable information on the problem and in part due to the failure to present known facts accurately. For example, some newspaper articles have cited figures from the Youth Justice Board's annual Youth Survey, conducted by the market research group MORI, on the percentage of young people who have carried a knife in the year before questioning without also stating that such knife carrying may only have occurred once and that most of those school pupils carried nothing more than a penknife, which is usually legal. Such inaccuracies are not confined to the press. The Metropolitan Police Service, in publicising the national knife amnesty in 2006, released a statement that '52 teenagers are victims of knife crime EVERY week in London'. What does 'knife crime' mean in that sentence? It is easy to infer from such a statement that each of those 52 incidents of 'knife crime' involves a stabbing. It must, however, be remembered that 'knife crime' will not necessarily result in a physically harmed victim, although it may cause significant distress to the victim. Sensational statements increase public fear of crime beyond the actual risk and might, in the end, hinder rather than help the police.