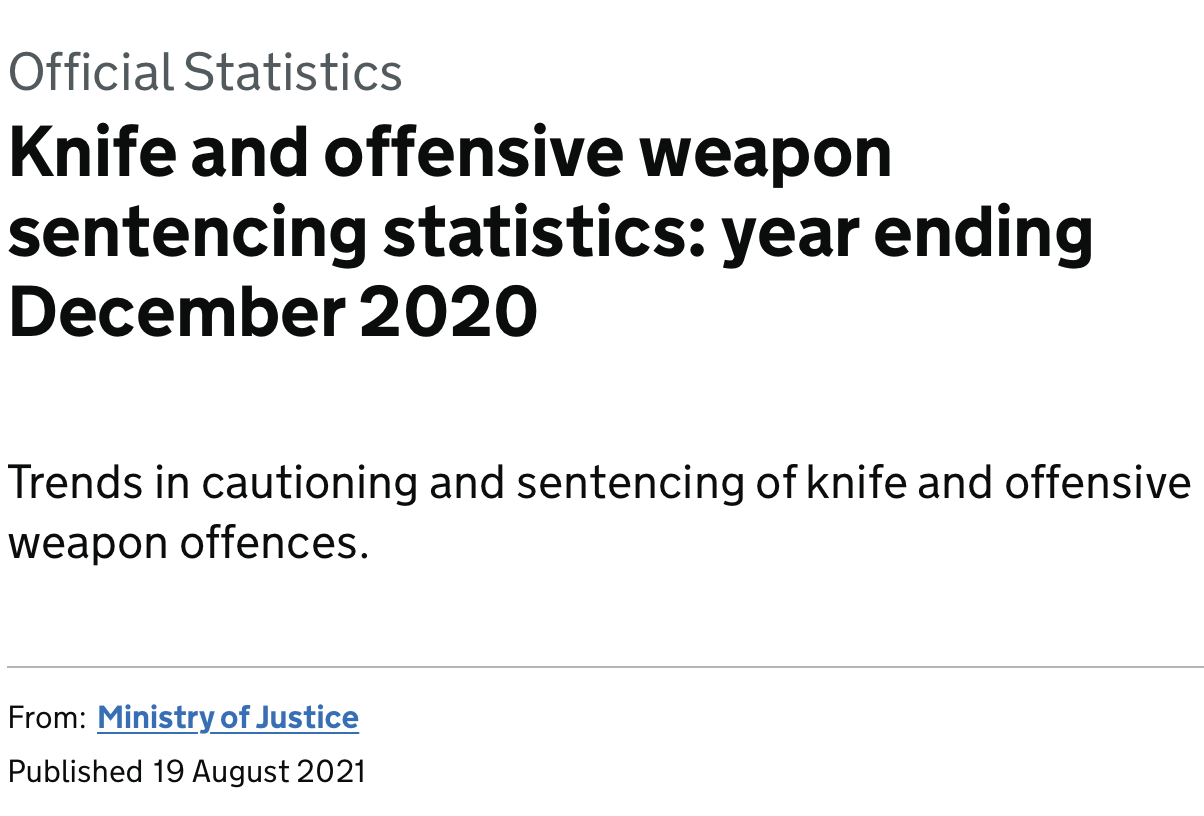 Today's publication, covering the period to December 2020, is the third to contain a full quarter affected by the COVID-19 pandemic. There are several possible impacts of the pandemic on the statistics. These include the impact of lockdowns and changes to court arrangements such as court closures, pauses to jury trials and remote hearings. This quarter the number of cases being dealt with has increased and is 4% higher than the same quarter in 2019, possibly linked to the backlog in courts. This follows a period that saw large falls in the number of cases and a prioritisation of the cases most likely to result in a custodial sentence. This quarter also represents the first quarter of data following the removal of our estimation methodology following the change to the publication schedule that allows more time for cases to pass through the criminal justice system.
‍

This quarters custody rate has fallen to 26%, the lowest since Q3 2011. The decrease in this quarter is likely ​to be due to clearing of the backlog of less serious cases. In addition, this quarter’s figure is likely to be affected by cases still going through the courts, where the case has been referred to the Crown Court for sentencing. These disposals will be currently recorded as ‘other’ but may end up as an immediate custodial sentence in future.
‍

The impact of the pandemic is likely to continue to affect these statistics and drive short-term trends in future periods as we see the recovery in subsequent quarters.

The number of knife and offensive weapon offences dealt with by the Criminal Justice System (CJS) had been increasing since 2014 but has decreased since the start of the pandemic.
‍

Recent police recorded crime figures showed an 8% decrease in the number of knife and offensive weapon offences recorded from 39,073 in 2019 to 36,130 in 2020. Furthermore, information published by the Home Office on “Crime outcomes in England and Wales” show that 50% of these offences resulted in a charge or police caution in the year ending March 2020.

The proportion of offenders receiving an immediate custodial sentence for a knife and offensive weapon offence decreased to 32% in 2020.
‍

This had been stable at around 37% between 2017 and 2019 but is likely to have been impacted by the pandemic, and a higher number of cases still going through the court than in other years which are no longer accounted for using estimation methodology. The average length of the custodial sentences received also fell slightly from 7.9 months in 2019 to 7.7 months in 2020.
‍