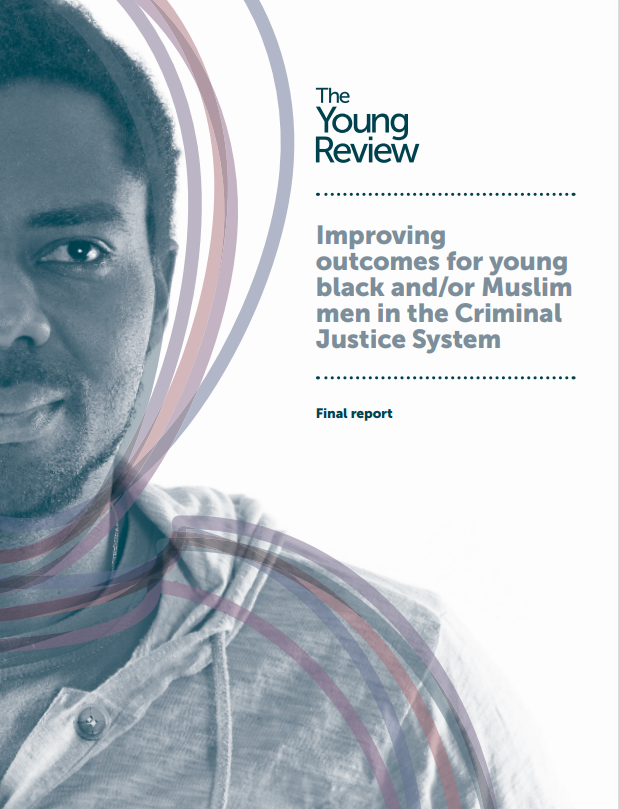 The Task Group advising the review raised concerns about the drivers that result in these young people entering the CJS in the first place. The disproportionate use of stop and search and the risk driven nature of policing, in the context of gang and anti-terrorism policies in particular, were highlighted.
‍

Nearly all of the offenders we met with said that they experienced differential treatment, either in decisions made about their regimes while in prison or as a result of the attitudes of staff and other prisoners, due to their race, ethnicity or faith. Black prisoners felt that they were stereotyped as drug dealers, and Muslim prisoners stigmatised as extremists. Such experiences of discrimination and racism, actual and perceived, must be addressed in order to ensure that prisons become places that are conducive to supporting desistance, rehabilitation and reducing reoffending amongst this group.
‍

An examination of the desistance process for young black and/or Muslim men pointed to the importance of focusing on offenders as individuals and providing opportunities for them to build positive identities that support their long term desistance, particularly in the context of the multiple disadvantage they often experience.
‍

It is clear that disadvantage in BAME communities alongside assumptions based on crude stereotyping impacts on the ability of this group of offenders to resettle successfully. But politicians, policy-makers and agencies in the CJS insufficiently understand the implications. Thus the role of voluntary sector organisations in supporting the development of social capital that can in turn facilitate positive resettlement outcomes in this context must be vigorously emphasised. New providers under Transforming Rehabilitation will need to establish clear mechanisms for the involvement of the voluntary sector and service users, if they are to effectively address the disproportionately negative outcomes with which we are concerned.
‍

Given that the criminal justice workforce does not reflect the diverse backgrounds of offenders, there are important benefits to involving service users to plan and deliver interventions informed by individuals with similar lived experiences to those that need support. On the evidence of our wide ranging discussions we concluded that the involvement of organisations and representatives from offenders’ own communities and faiths can play a substantial role in improving experiences and confidence in decision making processes and other procedures.
‍

Partnership working will be vital. As we outline in the report, the disparities in results do not exist in isolation from other unequal outcomes at earlier stages of the CJS and in other sectors such as health, education and so on. Therefore they cannot be addressed in isolation. To lead change on this issue, the Ministry of Justice, National Offender Management Service and independent providers will need to engage local criminal justice partners and other government departments to ensure that disproportionality at the earlier stages of the CJS and in other areas of social policy is also effectively tackled.
‍

The Ministry of Justice and NOMS in their policy making and commissioning roles and the new independent providers as they take on Transforming Rehabilitation contracts will need to develop a much clearer understanding of what leadership means in this context. Our proposal for an advisory group on the issue, which the Ministry of Justice has agreed to establish, will support them to do this.
‍

Beyond these observations, there are a number of clear actions that can be taken specifically to address the disparities in experience of young black and/or Muslim men. The recommendations we set out below are largely consistent with those of previous initiatives to address unequal outcomes for BAME offenders.
‍

Some progress has been made in addressing the specific issues women offenders face. Our intention is that the recommendations in this report will provide the impetus for concerted action to be taken now to address inequalities of outcomes related to race, ethnicity and faith in the CJS. We cannot afford another report on the subject to gather dust: we need vigorous, committed leadership to drive this agenda forward.