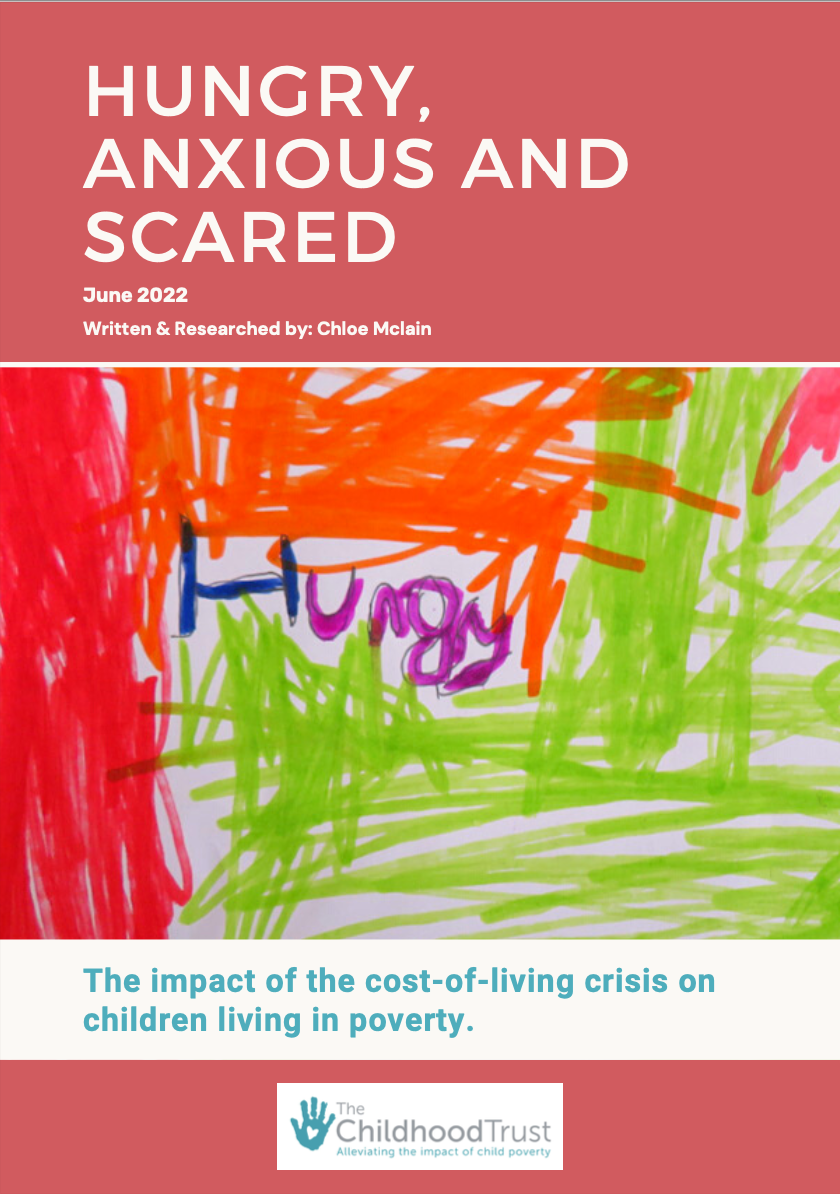 The UK is currently in the midst of a cost of living crisis, with inflation at its highest level in 40 years. The prices of basic amenities are spiralling, with the cost of necessities now feeling increasingly unmanageable, and it is the most vulnerable in our society who are suffering the most. Increases in the prices of food and fuel disproportionately impact those on lower incomes, as they already spend a higher proportion than average on these products, and have less room in their budgets for their cost to rise.

The Childhood Trust commissioned this research to explore the impact of the ongoing cost of living crisis on disadvantaged children and young people supported by charities in London. From the initial survey results, it became clear that the impact of rising costs on mental health was significant and deserved greater attention. Further data was collected from a UK-wide survey of 2,004 participants, as well as in-person interviews with children and parents who were beneficiaries of charities initially surveyed. Both confirmed that rising costs, of food and fuel in particular, are causing high levels of stress and anxiety, and engendering feelings of hopelessness in children and their parents. This research has found that the UK, in addition to being in the midst of a cost of living crisis, is also on the precipice of a mental health crisis for children. Our most vulnerable children and families are at risk, if actions are not taken to relieve the financial pressures that they are under and access to mental health resources and support are not expanded. Whilst charities have been assisting those who use their services in both these capacities, organisations are under increased strain as they attempt to meet increased levels of demand on the same, or lower budget.

This report is structured into seven chapters. Chapter 1 is an introduction to childhood poverty in London. Chapter 2 focuses on the research design and methodology. Chapter 3 explores rising inflation in the UK, the effects on food and fuel prices and the impacts that these are having on the most vulnerable. Chapter 4 discusses the relationship between poverty and mental health, and the ways in which the cost of living crisis is exacerbating poor mental health in both vulnerable adults and children. Chapter 5 outlines how charities are experiencing and dealing with increased pressures and Chapter 6 examines the lack of government support during the cost of living crisis. Chapter 7 introduces The Childhood Trust and the 2022 Champions for Children appeal that aims to raise £3.5m to fund 80 charitable projects supporting over 100,000 disadvantaged children in London.