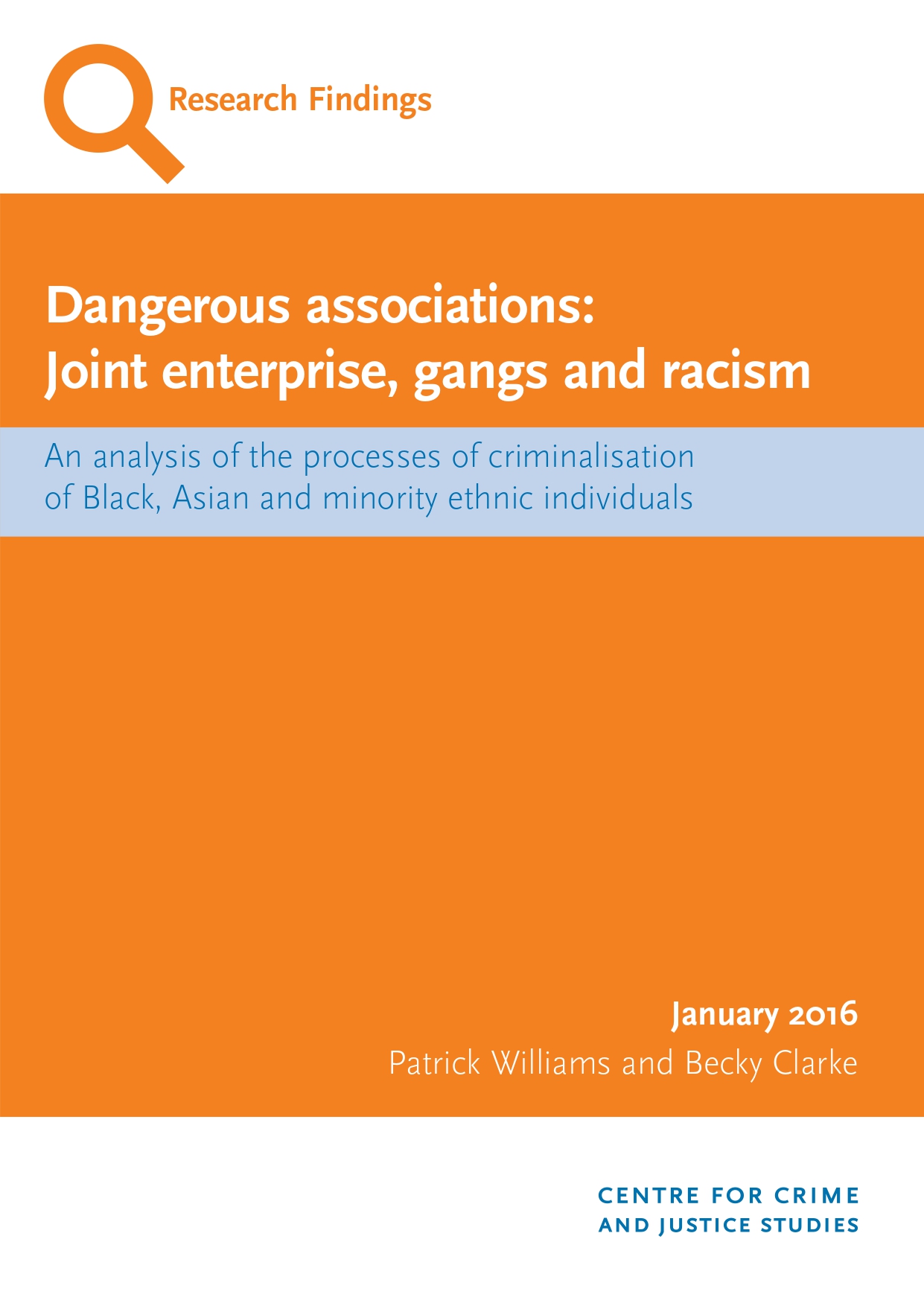 Dangerous associations: Joint enterprise, gangs and racism - An analysis of the processes of criminalisation of Black, Asian and minority ethnic individuals.

The findings offer a critical analysis of contemporary responses to the 'gang', highlighting limitations in the evidence base that currently informs the pursuit of collective sanctions against alleged 'gang' members and their associates.

This report reveals the dangerous associations of a series of negative constructs, signifying racialised stereotypes that endure and underpin contemporary policing and prosecution strategies in relation to serious youth violence in England and Wales.

The net effect of criminal justice policies which are designed to 'disrupt' and 'end' the gang, is the disproportionate punishment of young people from minority ethnic (particularly black) groups while failing to adequately curtail levels of serious youth violence across England and Wales.