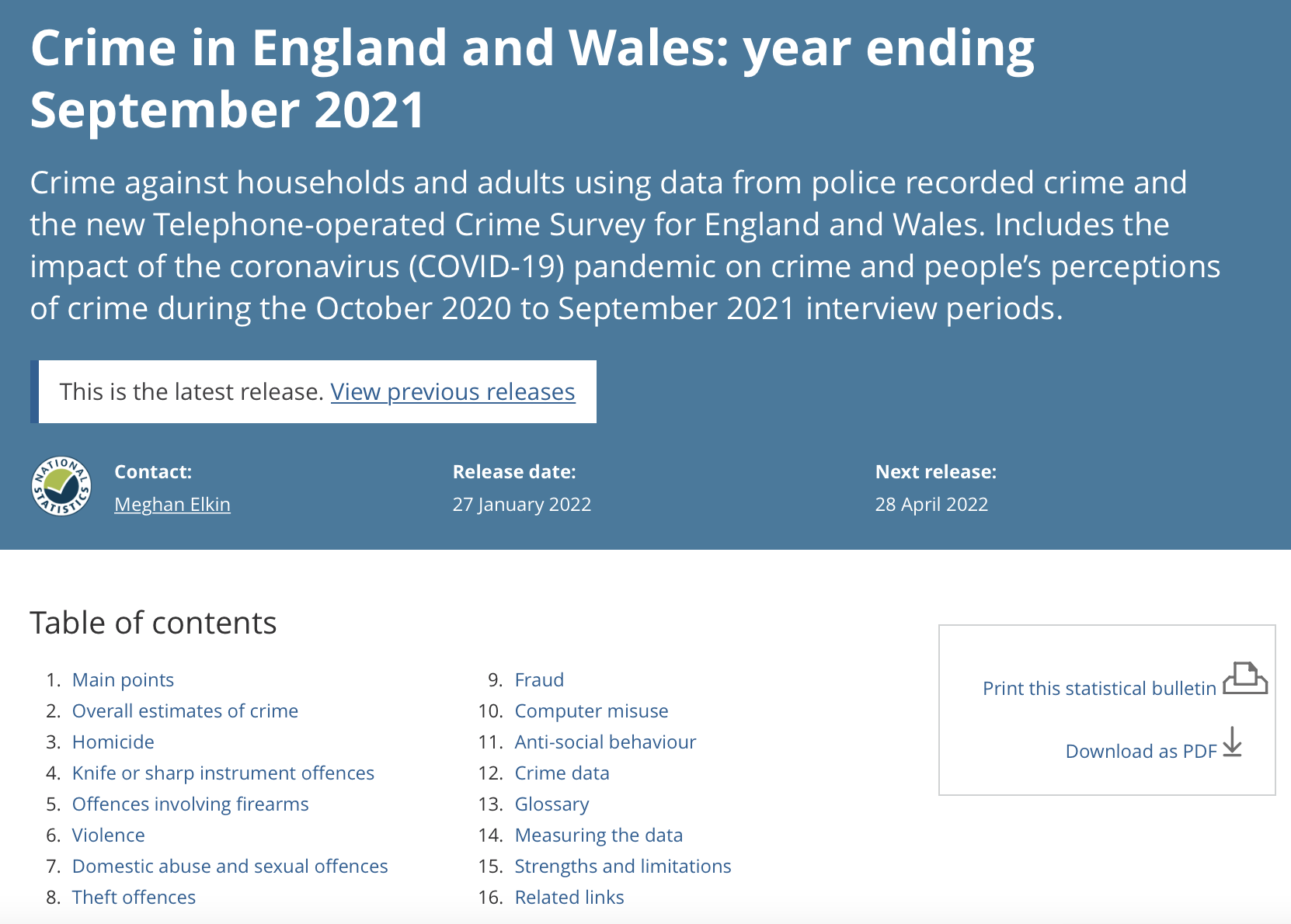 
The number of incidents decreased for many types of crime during periods of national lockdowns. However, police recorded crime data show indications that over the last six months, certain offence types are returning to or exceeding the levels seen before the pandemic. This pattern has not yet emerged in the Telephone-operated Crime Survey for England and Wales (TCSEW)¹ data, possibly reflecting the time lag in recording incidents via the survey.
‍

Fraud and computer misuse offences do not follow the lockdown-related pattern of reduced victimisation, and increases in these offences more than offset the reductions seen for other types of crime.
‍

Police recorded crime data give more insight into lower-volume but higher-harm crimes that the survey does not cover or does not capture well. Compared with the year ending September 2020 they show:

Within these annual figures, the number of recorded sexual and rape offences were lower during periods of lockdown but there have been substantial increases since April 2021. However, caution is needed when interpreting the level of police recorded sexual offences. Changes in the figures may reflect a number of factors including the impact of high-profile cases and campaigns on victims’ willingness to report incidents.
‍

¹ The Telephone-operated Crime Survey for England and Wales (TCSEW) began data collection on 20 May 2020 to capture trends in crime while normal face-to-face interviewing was suspended.