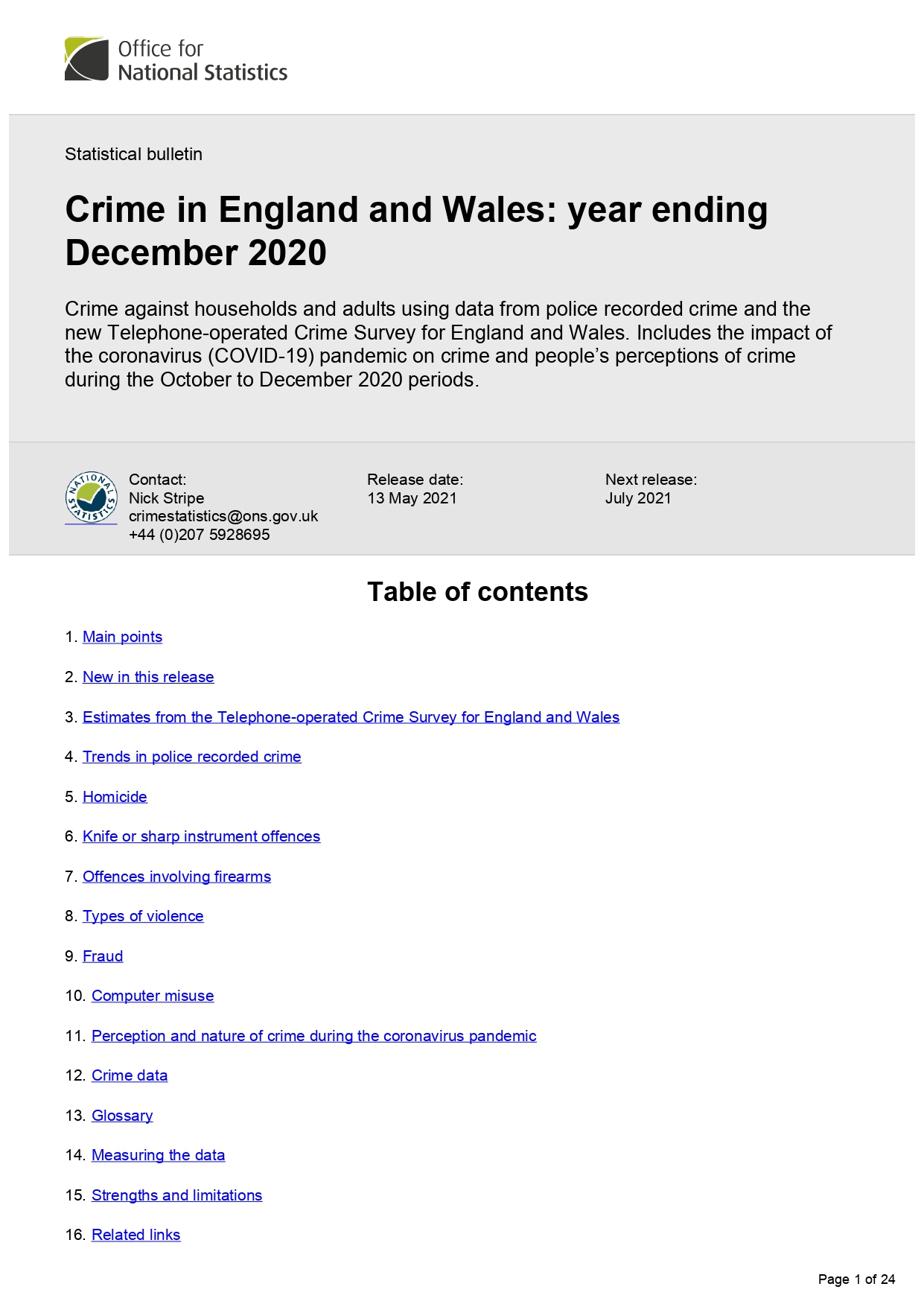 Police recorded crime provides a better measure than the Crime Survey for England and Wales (CSEW) of higher harm but less common types of violence, such as those involving a knife or sharp instrument (knife-enabled crime).

Because of the change in knife or sharp instrument data collection practices, police recorded crime figures referenced in this section are not directly comparable with those previously published.

There was a 9% decrease in knife-enabled crime recorded by the police in the year ending December 2020 (46,015 offences) compared with the previous year.

The annual decrease in knife-enabled crime can be largely attributed to the decrease seen in time periods affected by coronavirus (COVID-19) lockdown restrictions. In April to June 2020, offences recorded fell by 20% (from 12,431 to 9,901 offences) compared with the January to March period and fell by 13% in October to December 2020 (from 12,642 to 11,041 offences) compared with the July to September period.