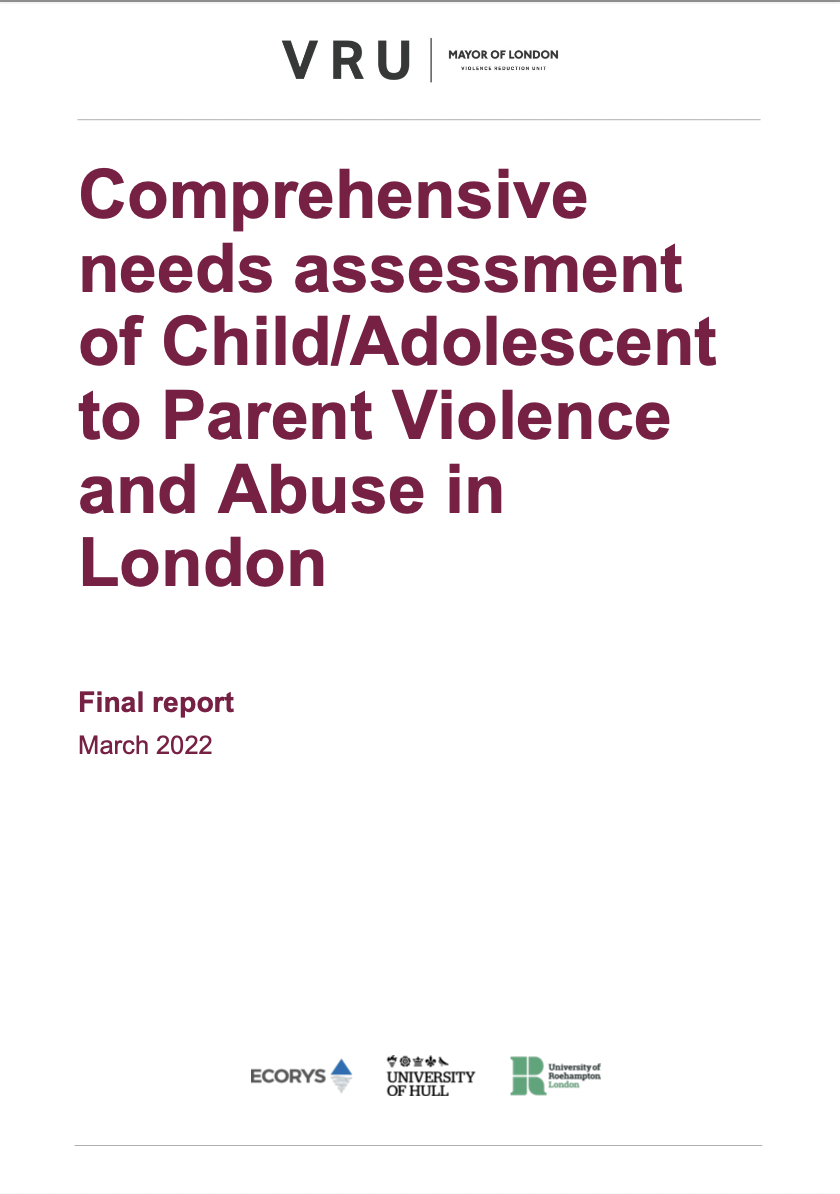 CHILD/ADOLESCENT TO PARENT VIOLENCE AND ABUSE

VRU publishes ground-breaking research into 'hidden harm'After listening to communities to understand the needs of parents and carers who play such a vital role in the early years of a young person’s life, a key theme to emerge from our conversations was violence and abuse by children towards their parents.

We commissioned research to better understand the scale of this form of violence, the opportunities for early intervention and the support being provided across London for young people and for parents and carers.

The report revealed a lack of awareness amongst parents, carers, young people and even professionals about Child/Adolescent to Parent Violence and Abuse (CAPVA), leading to an inconsistent and patchwork provision of support available for families and a lack of understanding about how to access it.

Data revealed that at least 40 per cent of parents or carers who experienced violence by their children between 2011 and 2020, refused to report it, but the scale of this hidden harm was likely to be much greater than reported figures suggest. This is due to stigma of presenting as a failed parent/carer and fear of a serious intervention.

On 12 April, the VRU joined the Mayor of London at Peckham Levels to meet with parents and carers to hear first-hand about the importance of highlighting violence and abuse towards parents and the need to intervene earlier.