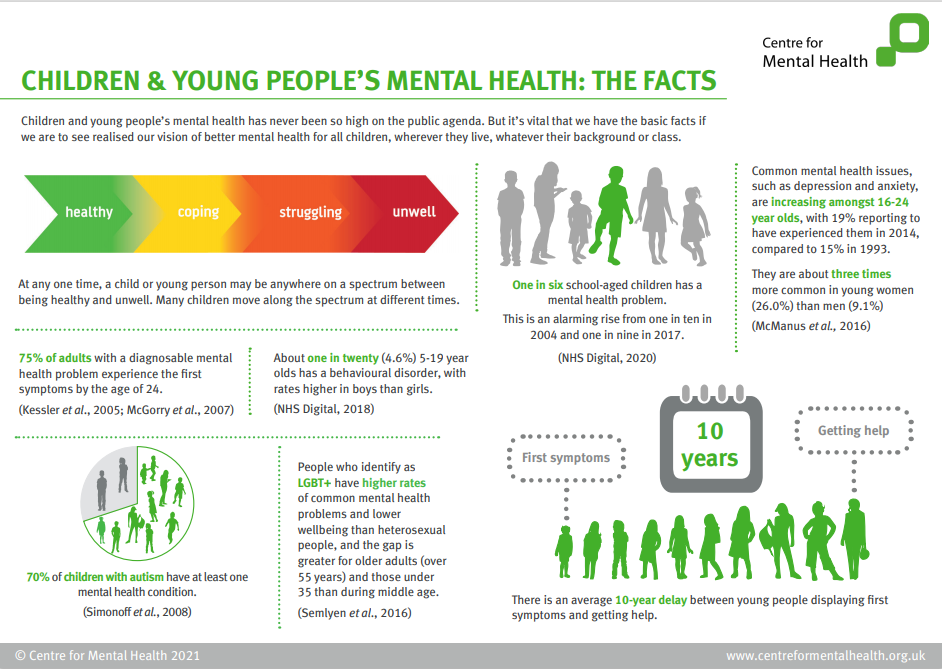 Children from the poorest 20% of households are four times as likely to have serious mental health difficulties by the age of 11 as those from the wealthiest 20%. (Morrison Gutman et al., 2015)
‍

Young people in the youth justice system are 3 times more likely than their peers to have mental health problem.
(Mental Health Foundation, 2002).
‍

However, they are twice as likely to access mental health support via court orders (social care or criminal justice related orders).
(Edbrooke-Childs and Patalay, 2019)
‍

Refugees and asylum seekers are more likely to experience poor mental health (including depression, PTSD and other anxiety disorders) than the general population. (Mental Health Foundation, 2016)