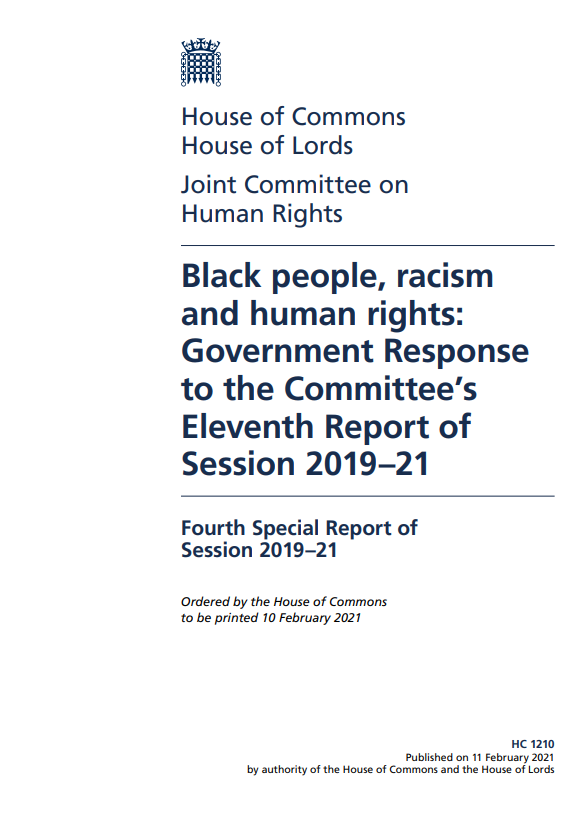 The Government notes the Joint Committee on Human Rights’ (‘the Committee’) report on Black people, racism and human rights. While many challenges remain, the UK has made significant progress over the years in tackling racism. The Government made Manifesto commitments to tackle prejudice, racism and discrimination and is committed to making further progress.
‍


As the report acknowledges, the Government has established the Commission on Race and Ethnic Disparities (‘CRED’) to consider what disparities exist, what the drivers of any disparities are, and what more might be done. The work of the Commission focuses on what, based on the evidence, works to address disparities in education, employment, health and the criminal justice system. It also builds on the work of the Race Disparity Unit, whose data-driven approach to these issues has been in place since 2017 and continues to improve the breadth and quality of the information available about ethnic disparities.
‍

‘It is no use just saying that we have made huge progress in tackling racism. here is much more that we need to do; and we will.’
‍

The Government has considered the recommendations and conclusions in the Committee’s report and has responded to each of these in turn. Where action to address the issues raised is already underway, the Government’s response provides details.
‍

We thank the Committee for its report and look forward to continuing to work collectively to ensure the rights of individuals across the UK are protected.