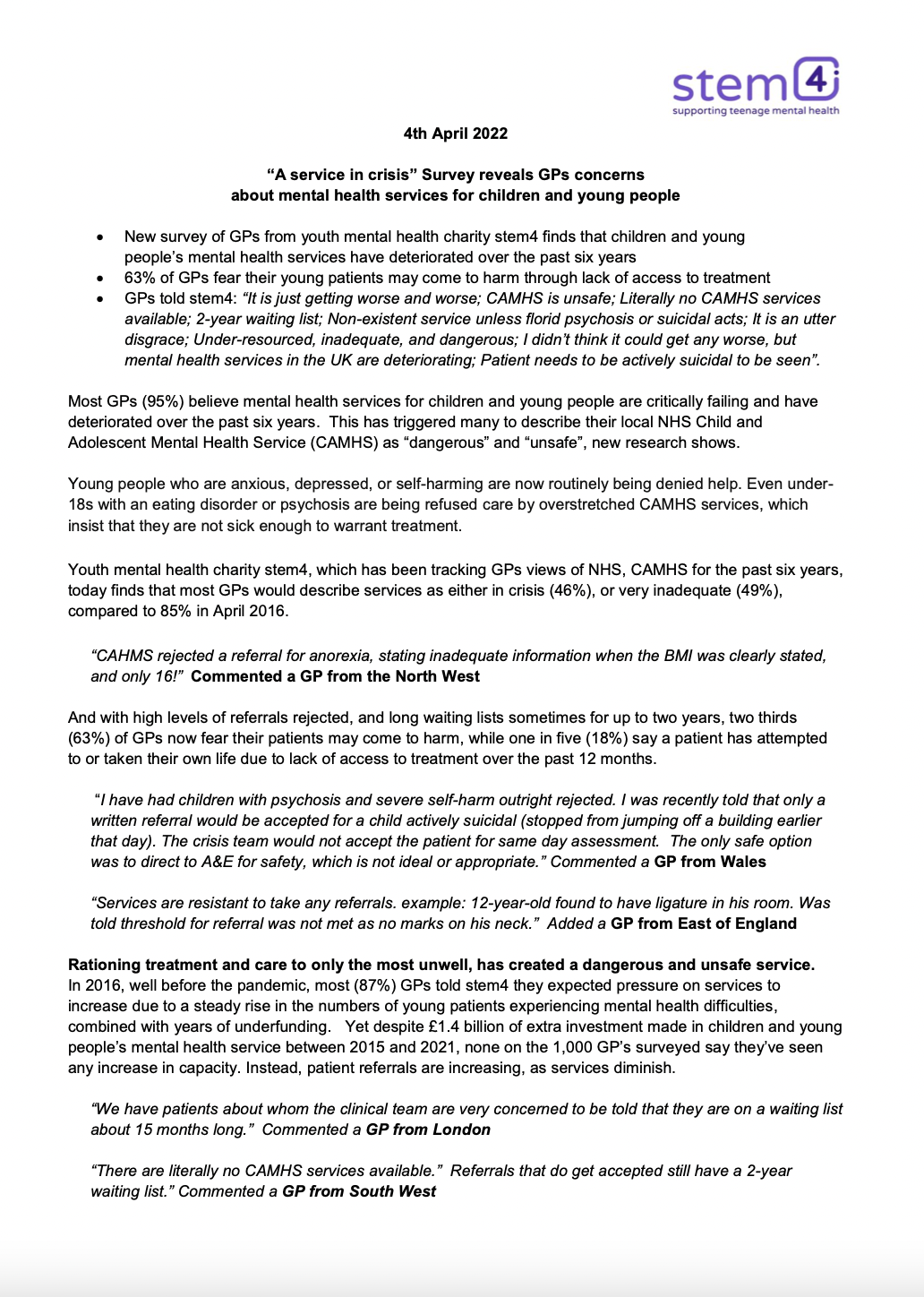 A service in crisis

‍Most GPs (95%) believe mental health services for children and young people are critically failing and have deteriorated over the past six years. This has triggered many to describe their local NHS Child and Adolescent Mental Health Service (CAMHS) as “dangerous” and “unsafe”, new research shows.

Youth mental health charity stem4, which has been tracking GPs views of NHS, CAMHS for the past six years, today finds that most GPs would describe services as either in crisis (46%), or very inadequate (49%), compared to 85% in April 2016.
‍“CAHMS rejected a referral for anorexia, stating inadequate information when the BMI was clearly stated, and only 16!” Commented a GP from the North West
‍
And with high levels of referrals rejected, and long waiting lists sometimes for up to two years, two thirds (63%) of GPs now fear their patients may come to harm, while one in five (18%) say a patient has attempted to or taken their own life due to lack of access to treatment over the past 12 months.

“I have had children with psychosis and severe self-harm outright rejected. I was recently told that only a written referral would be accepted for a child actively suicidal (stopped from jumping off a building earlier that day). The crisis team would not accept the patient for same day assessment. The only safe option was to direct to A&E for safety, which is not ideal or appropriate.” Commented a GP from Wales

‍“Services are resistant to take any referrals. example: 12-year-old found to have ligature in his room. Was told threshold for referral was not met as no marks on his neck.” Added a GP from East of England
‍