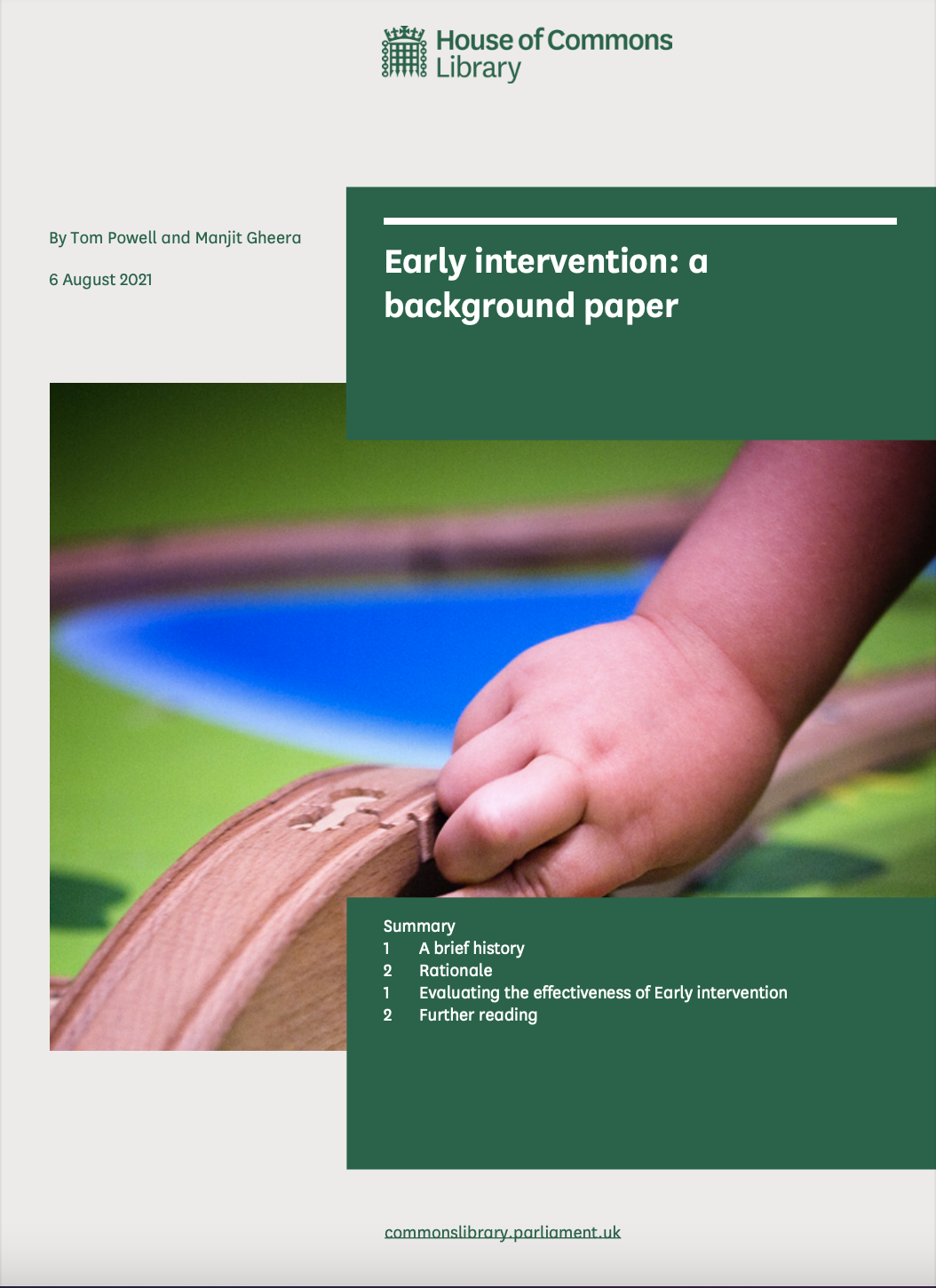 A key argument in favour of early intervention is that social problems can be more effectively addressed if dealt with early in a child’s life. It is argued that later, reactive interventions are markedly less effective at combatting social issues, ranging from unemployment, to crime and substance misuse.
‍

In The Next Steps, the first Government commissioned early intervention report by Graham Allen MP, the review team stated that:

The central problem for all developed countries, especially ours, is that intervention happens too late, when health, social and behavioural problems have become deeply entrenched in children’s and young people’s lives. Delayed intervention increases the cost of providing a remedy for these problems and reduces the likelihood of actually achieving one. More often than not, delayed intervention results only in expensive palliative measures that fail to address problems at their source.
‍

The palliative argument, that once problems are entrenched in later life, they can only be managed rather than fully addressed, is a key social rationale behind early intervention policy.
‍

Problems that begin in the crucial early stages of development can be caused by direct neglect or mistreatment of the child, or by more indirect household factors, such as poverty, or parental actions (such as domestic violence). A 2006 Unicef study, Behind Closed Doors, found that exposure to domestic violence in the early years can hinder development.
‍

Frank Field’s report, The Foundation Years, noted that, in education, disadvantage that is manifest at age five can have a strong correlation to disadvantage at age 18:

An analysis of the 1970 cohort study, for example, shows that only 18% of children who were in the bottom 25% in early development scores at age five achieved an A Level or higher, compared to nearly 60% who were in the top 25%
‍

This shows that children who perform badly at the start of school tend to perform badly throughout and that a good start in life is hugely important to later educational attainment.
‍

By the age of three, a baby’s brain is 80% formed and his or her experiences before then shape the way the brain has grown and developed. That is not to say, of course, it is all over by then, but ability profiles at that age are highly predictive of profiles at school age.
‍

The idea that early development and disadvantage can have a significant impact on children’s later lives is a key rationale behind early intervention policy.
‍

Further information on research that that has influenced the development of early intervention polices in the England is provided in the Library briefing paper, Early Intervention: policy and provision (CBP 7647).