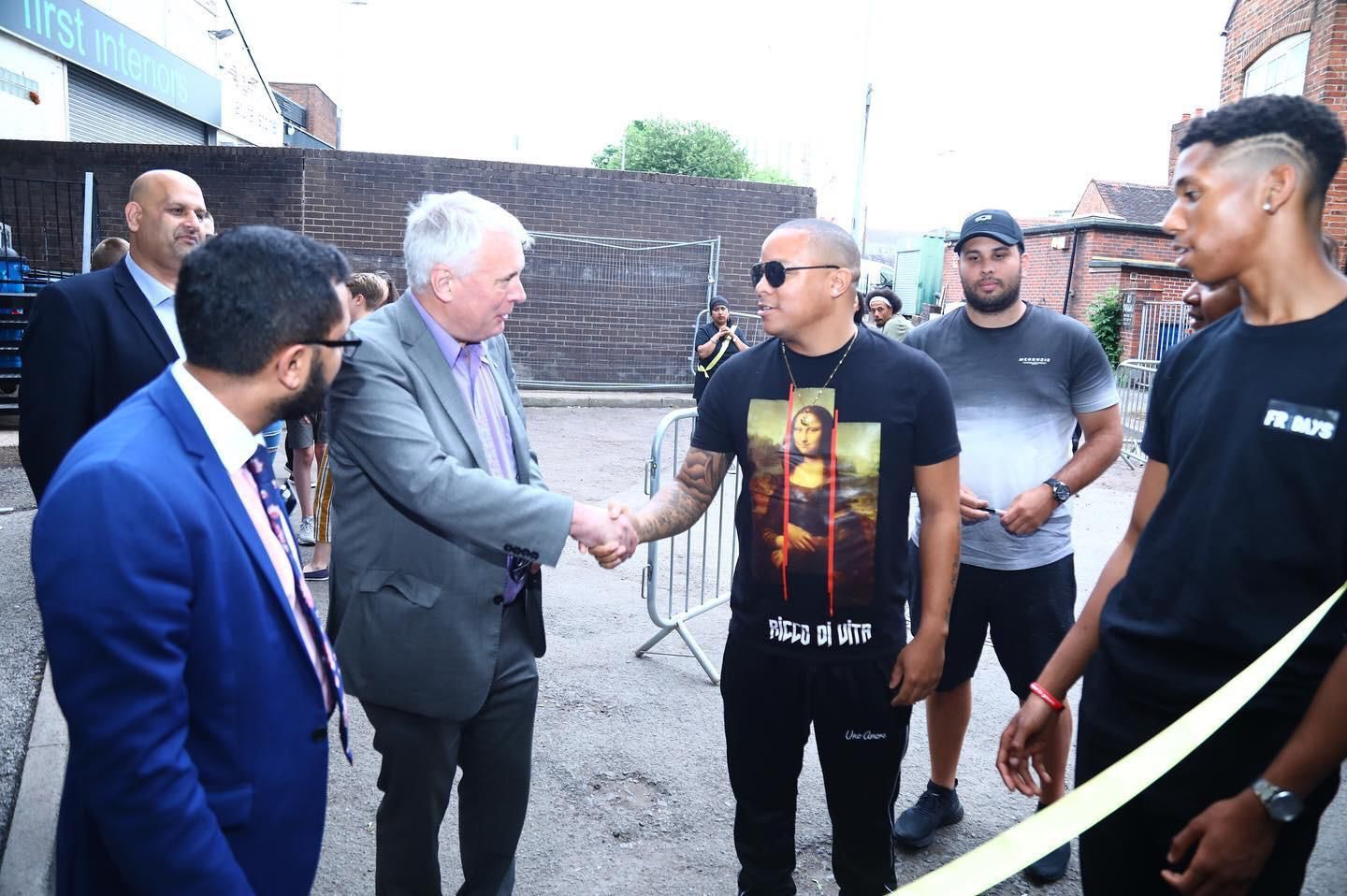 You're never too late to start You just have to start to be great.

Fridays Coventry is a youth initiative I set up to prevent knife crime and gang violence in Coventry. Our aim is to tackle anti-social behaviour, and provide opportunities to better young people’s future. Our ambitions do not end there. You will definitely be seeing a Fridays London for the future. It’s our dream to have Fridays buildings in the other major cities like Liverpool and Manchester, and elsewhere as time goes on. Our work has started to be recognised nationally. Massive news is that we recently won the National CrimeBeat Award 2022. We are so grateful for this recognition, and can’t wait for the future to come. This is our story.

I started Fridays when I was in college studying media. Knife crime was increasing significantly in 2019.

I knew people who were grieving for people they had lost to knife crime, and I knew people too who had lost their lives also. At the beginning, Fridays was a night club for young people but with educational purposes. Upstairs was entertainment with barbers giving free haircuts to young people. We also provided make up artists/hair dressers and DJs, open mic, virtual reality etc. Downstairs we provided educational opportunities, cv writing, job interview techniques. We encouraged other businesses would come to our clubs to promote what they do.

We ran this from 2019 to the end of the year with over 200 young people attending throughout the year. We ran projects such as ‘Rapperthon’ which was a world record-breaking 11 hrs of continuous rapping. We raised £350. We also did a prayer march at the end of the year when 300 plus people marched to draw attention to different knife related, or gang attacks in Coventry, which was amazing.

After 2019 we needed the club to become more mobile. We started to run our Fridays nights in places such as schools and community centres. This proved to be a real success where we could engage with young people who did not always like to go to different areas which meant more engagement and activities. Unfortunately, lockdown came soon enough, which meant we we started running our projects online. We still found we were able engage and make connections with other cities such as Liverpool and Manchester, and overseas in such places as India and Uganda. Check out our projects such as ‘Fridays 4 in 1’ on YouTube. For example here.

Our reach continued to grow. We planned and increased the range of our projects. Examples are Fridays business leadership programmes, electric go karts, book publishing houses, movies, radio. There is more to come. We grow by just asking young people what want to do.

We have 50 staff working for Fridays now. All are voluntarily. We are so grateful for the amazing support and help they all provide, just through their desire to keep young people safe and entertained.

We have many success stories at Fridays. One example was a young volunteer I met on the street when I was out walking. He offered me drugs. My suggestion was that he join Fridays. What we do together now is amazing – he is presenting for us. BBC News has now made contact and want to work with him. He was 17 years old. It just shows you’re never too late to start. You just have to start to be great.

Another example is is a young female who visited Fridays. She lacked a lot of confidence, so we took her down to our free Fridays studio and recorded many sessions with her, recorded a music video and she has been heard on all radio stations in the UK. It’s amazing to see success in young people, and the opportunities and achievements they can create for themselves. This is the reason we do what we do, and why we are going to be franchising for the future.

I want to say a massive thank you to all the Fridays team for the support they give, the supporters we have, and to all the connections we will build. Please help us on our journey.