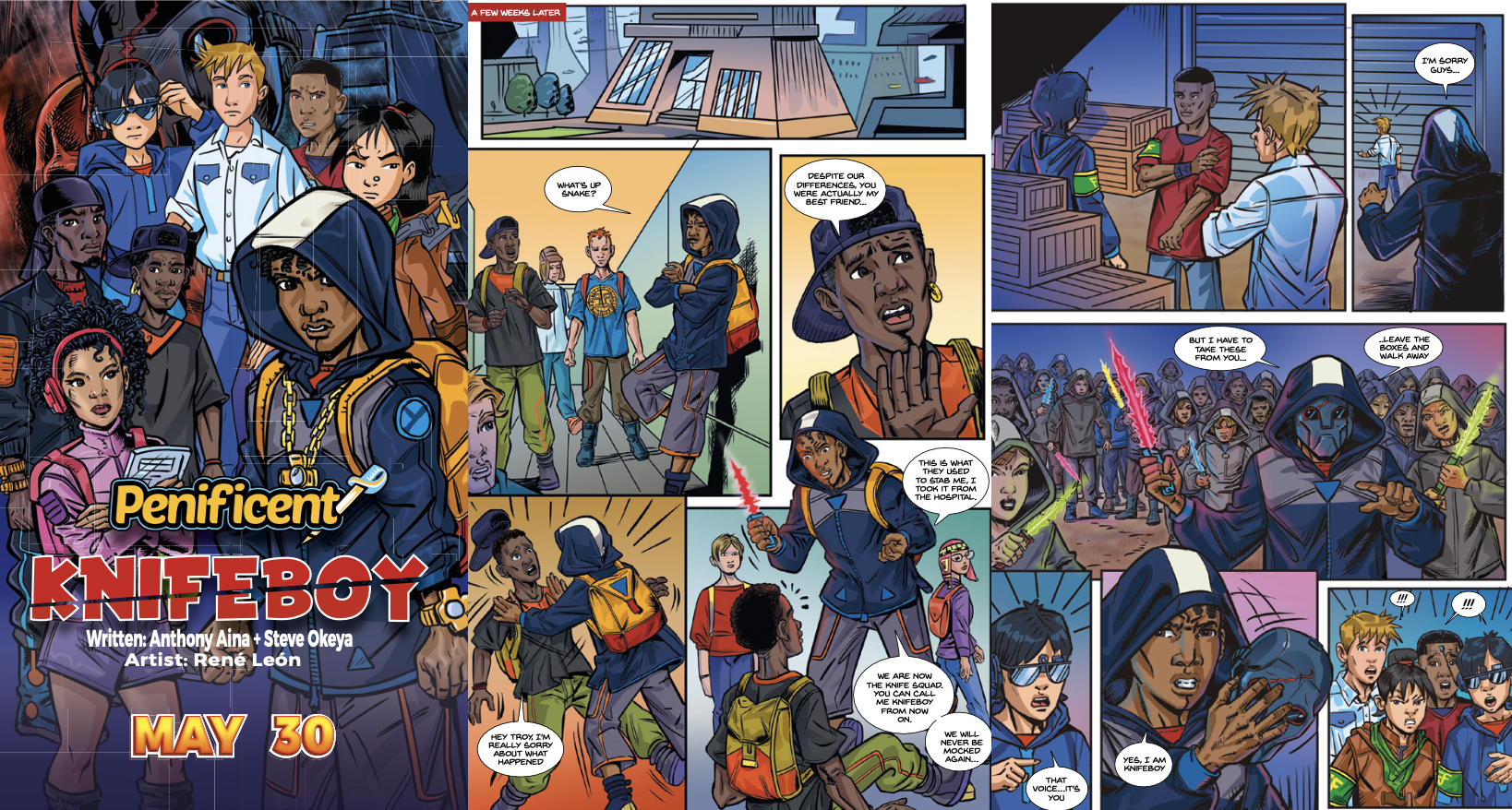 The pen is mightier than the sword

After we met on a college course, we wanted to combine our life experiences growing up in a poorly funded South London Borough, and use the skills we developed from our creative digital media course to develop a comic series.

Our inspiration was Marvel comics. In particular, the ability to design relatable characters, create captivating stories with important social messages. We were conscious that the X Men Marvel characters, were used to address the civil rights movement in America and were influenced by iconic civil rights leaders, Martin Luther King and Malcolm X. For instance, the character of Magento, wanted to force equality between mutants and humans as he was angry that humans had outcast mutants as they were gifted. Whilst, Professor X wanted to create peace through non-violence by using his high IQ in the hope that there would come a day when there would be no discrimination between humans and mutants.

Like the creators of Marvel comics, we also wanted to develop exciting stories with social messages in a creative and entertaining way. So we created a social enterprise, which we hope becomes a voice for the young generation and enables us to better connect with young people between the ages of 8-14.

We have developed a range of diverse characters of various ethnic backgrounds - who are not exclusively minorities This was because, whilst we were growing up the superheroes we saw, were mainly white and it was difficult for us to connect to them and their goals. Which is why we have deliberately created more relatable characters and characters of colour, as relatability is important to us and to our diverse client group.

One of our core objectives is tackling the issues of Knife Crime and mental health through our comic series. As a social enterprise, we have developed a young, vibrant organisation, which encourages young people to aspire for more and help them communicate/channel their emotions and problems while creatively addressing current issues through comics and creative workshops.

We believe that it’s important for entrepreneurialism and the creative arts especially aimed at young people to be properly supported.

Like many people, we are concerned that young people are sometimes portrayed as a present and future problem. We believe, passionately, that young people can play a crucial part in changing this negative narrative and provide solutions to the lack of opportunity in our communities. This is because we recognise, that many young people have become extremely successful and influential as they have used new technologies and mediums; YouTube, TikTok, blogs, social enterprises and businesses, to deliver content or products that relate to young people as they understand what young people want. However, when there is no support for young people, their dreams are quickly shattered and they are pushed into jobs not careers. Without supporting and encouraging young creatives, we will fail to discover people who can bring new art and ideas into the world. There is so much talented art out there which isn’t being displayed enough. Let’s work to change this!

For us, collaboration is the key to making real change.

We are conscious that some organisations believe that they can solve all Knife Crime and social issues. However, it's important that organisations are realistic and state what they can and can’t do. Otherwise, this can give false hope to people who are marginalised and vulnerable.

At Penificent, we specialise in the prevention of Knife Crime by changing the mindset of young people. We know that our work isn’t the best fit, for young people in gangs, or those involved in criminal activity. This is why we strongly believe that organisations should collaborate. As it is only by working collaboratively that we can better understand and address Knife Crime.