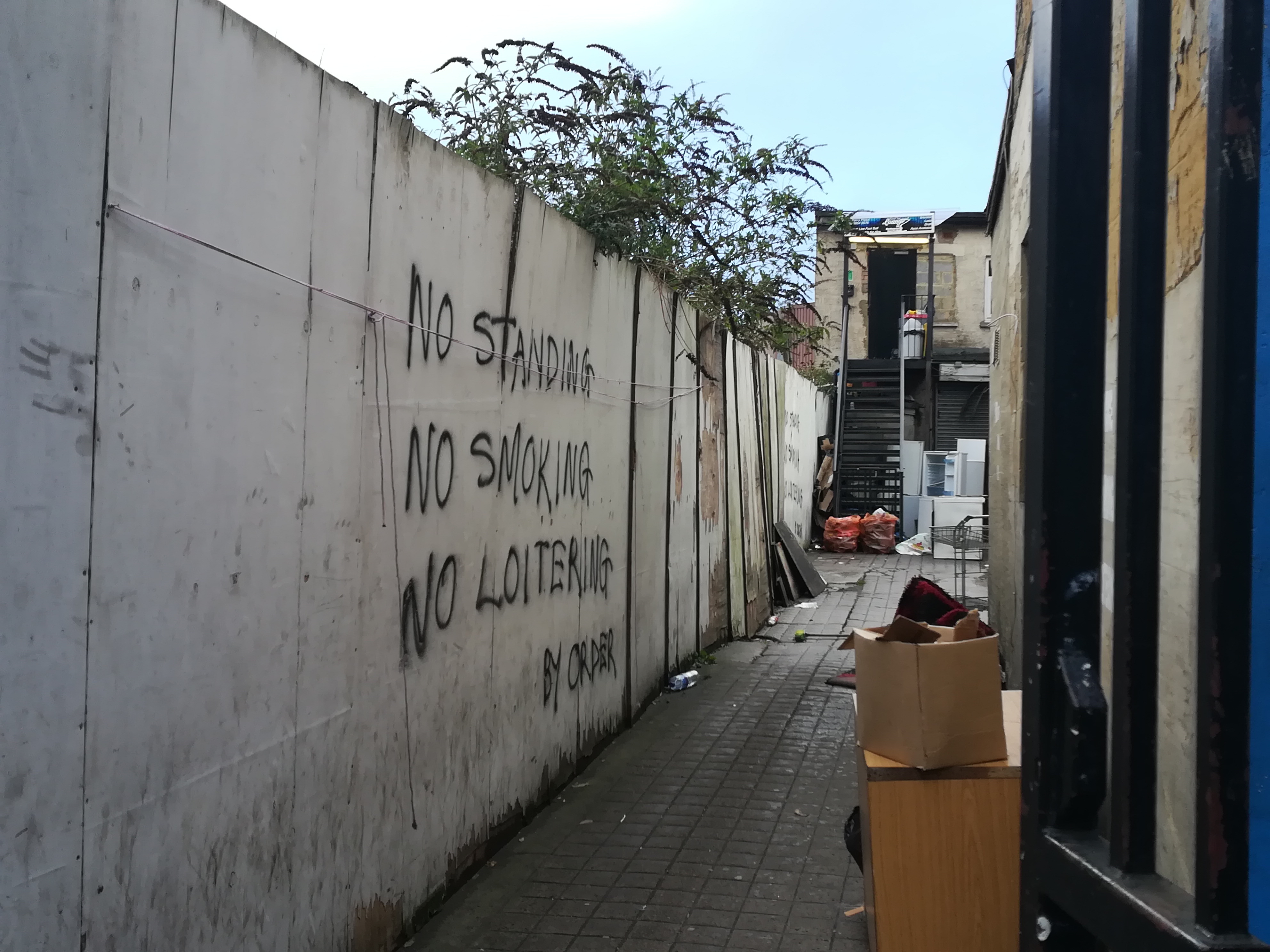 Paraphrasing Sir Arthur Conan Doyle: violence recoils upon the violent, and the schemer falls into the pit he digs for another. Putting aside the enormous economic costs of violence (over £11bn since 2008)¹ knife-carrying is infectious: the more people believe that those around them are 'tooled up', the more likely they are themselves to carry a weapon - just in case.

‍One may wrongly believe that knife crime is a contemporary problem. However, widespread knife violence arose from Victorian inner-city spaces characterised by poverty and ill-health. In Victorian London, for example, young men regularly gathered in deprived areas to fight with knives forterritory or status. The status of one such gang known for this behaviour, 'the Hooligans' of south London, popularised the current labelling of unruly youth.

There is, nevertheless, a feature from Victorian London that provides insight into modern-day knife crime thinking. These disorderly young men were similar to those in modern gangs research; groups were generally patriarchal, hierarchical and disrespectful towards females. Moreover, how Victorian society dealt with its knife-carrying youth is relevant. In today's language, many successful interventions were youth clubs that stopped the recruitment of young men into crime using sports and creative activities. These clubs were so successful that the inner-city disorder had largely disappeared by the 1900s. There are thus parallels with knife-carrying among inner-city spaces in 2022, particularly in light of the devastating cuts to community spaces where young people can gather and feel safe.²

‍In the fieldwork within my recent book 'Young Black Street Masculinities',³ I met youth workers undertaking street-based projects. Theseprofessionals face many challenges, from interrupting cycles of violence to repairing and engaging young peoples' support networks. Walking besidethem through the troubled spaces of a southeast London estate, 'Maxwell', I met young Black men for whom knife- carrying was part of their daily routine.

‍Maxwell is vibrant and multicultural. The estate is also home to a symbolic way of living for inner-city communities: street life. I (and others ⁴) found that street life offered some young Black men the opportunity to create an otherwise absent masculine identity (e.g., the 'provider') but simultaneously trapped others in a culture that stunted personal growth and generated an expectancy of danger.

My research examining street life found that such spaces were often violent and regulated by a street code or expected behaviour that manufactured and shaped the contours of young men's identities. Among the code's expectations were aggression, criminality and a disregard for one's safety in the face of protecting street credibility. Those living strictly by the street code gained respect: a sacred resource for those unable to access traditional sources of status (e.g., educational or professional achievement). Those caught turning their backs on the street code risked becoming victims of violence; if you did not act 'street', your street-oriented peers saw you as an easy target. This sense of vulnerability grew as many young Black men felt that the police were 'not for [Black] people them' but the protected White middle-classes elsewhere. Therefore, knife-carrying was an act of responsibility given the odds stacked against Maxwell's young Black male inhabitants.

Maxwell's violence occurred not only on the physical street. Online spaces created a 'digital street', which also followed the street code, and where threats of violence and retaliation had little or no policing. As young men in my research told me, it did not take much to attract the anger of someone online, be they from a neighbouring estate, rival school or college or someone looking to make a name for themselves.

The street code's pressures created a set of idealised characteristics and performances among young men. The most prized masculine traits included promiscuity, disrespecting females, and an inclination towards violence, including knife-carrying to face those who dared challenge others' status.

By carrying knives, young Black men were thus embodying the idealised masculinity form - Maxwell's way of being a man. Many young men fought a losing battle with few things to distract or pull them in more positive directions. In general, the sole positive influence in their daily lives came from street-based youth workers, particularly those who appeared to be 'authentic' or credible in the eyes of Maxwell's young Black men.

‍Given the negative effect of Maxwell's street life on those lacking positive masculine influences (many young men had absent fathers, for instance),male youth workers became role models for less violent and more caring masculinities. These blueprints, featuring affectionate qualities that Maxwell otherwise saw as feminine or 'weak', swam against the tide of Maxwell's prized masculinity (which, in my book, I dub its street masculinity). Subsequently, youth workers needed to tread a fine line: appear credible and 'manly' to the estate's young men while also praising the virtues of, for example, emotional sensitivity, empathy and vulnerability. Darius, one seasoned youth worker I met during my research, was particularly adept at modelling this caring masculine performance.

Darius was a Black man of significant standing on the estate. He was a graduate of the same inner-city spaces as Maxwell's young men; therefore, he was mindful of how and why they went to great lengths to emphasise the qualities (e.g., violence and knife- carrying) that catapulted them towards the estate's idealised masculinity. Darius dressed well, drove a nice car and spoke in a manner that gave him high regard among the estate's hierarchy. He knew the 'faces' on the estate. He occupied their spaces while sympathising with those pursuing criminality for more 'human' reasons, including paying rent for elderly relatives or putting food in the mouths of family members.

Darius also moved through the digital street with the same natural ability. He held multiple accounts across the same platforms as Maxwell's young men, often posting on thoughtful issues of Black male identity, subjects aligning with the emerging caring masculine form. He had a finger on Maxwell's pulse - growing and maintaining his credibility to become increasingly relevant among the more negative influences in young men's lives.

My research identified the resources that individuals (e.g., youth workers, community leaders and young Black men) require to challenge the negative forces of street life that lead to the adoption of knife-carrying identities. In Darius, young Black men had a blueprint for more caring characteristicscommonly called 'weak' and policed by the estate's street code. Darius was thus a champion of a caring masculinity - an identity gaining traction due to his lived experience and status on Maxwell.

Many tools are available for those seeking to make a change in young Black men's inner-city spaces. As my research shows, social media can facilitate violence; therefore, academics, policymakers and youth work organisations may use online platforms to support and normalise positive or caring masculine identities like the one embodied by Darius. Indeed, Darius' employers knew of his criminal past, including his previous gang affiliation and lawlessness. They also recognised that he had authenticity and lived experience of the issues faced by Maxwell's young men and so supported his influence on those who needed him the most.

Finally, my work offers insight into the diverse range of masculinities experienced by a particularly vulnerable population of young Black men. While knife-carrying is not an issue exclusively for and among young Black men, data shows that they are the group at the highest risk of knife crime in the UK. Understanding the pressures young Black men face to carry knives allows organisations working with them to undertake more intelligent and targeted work.

The book 'Young Black Street Masculinities: Vulnerability, Knife-Carrying and Survival on a Disadvantaged Housing Estate' is available online at Amazon and WH Smith. Interested readers can contact the author via LinkedIn (www.linkedin.com/in/drbrendanking) for a 40% discount on the full price of £109.00.