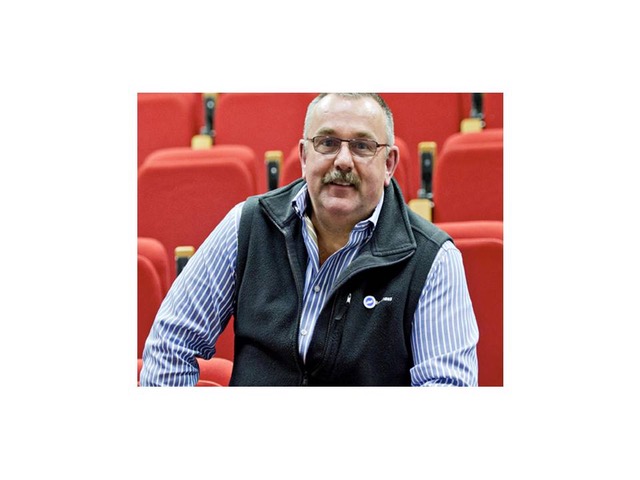 The Strathclyde Community Initiative to Reduce Violence (CIRV) is widely credited for having galvanized the search for sustainable, community-involved and health-led violence reduction strategies in the UK.  In fact the CIRV is the result of a much wider rethinking of the issue of violence reduction, moving away from primarily law enforcement-led responses which can often run the risk of deepening community divisions and alienating the very people most in need to help and support. Public health approaches have their roots in World Health Organisation (WHO: World Report on Violence and Health, 2002) initiatives to establish evidence-led, social and epidemiological, approaches treating violence as a cyclical and social problem rather than as a simply criminal question, thereby bringing a wider range of agencies and resources into play.  As we showed in our recent book, Rethinking Knife Crime, almost two decades of ‘knife crime’ crisis, agitation, politicking, police action and criminal justice strategy have merely culminated in a new high-point for knife violence, more knife murders, greater punitiveness (more people in prison and for longer sentences) but diminishing rates of cases cleared up (sanction-detections).  Clearly, despite all the enforcement-led action, something isn’t working.

Around the world, a range of interventions drawing on aspects of a public health strategy are said to have demonstrated the strengths and potential contributions of a public health-led violence reduction strategy, including Boston’s renowned ‘Ceasefire’ strategy, Chicago’s ‘violence interrupters’ project as well as the ‘Smart Justice’ movement (Waller, 2014).  However, despite this, there is a sense in which the development of a public health strategy for knife crime has taken on some of the characteristics of the search for the ‘holy grail’.  As some commentators have noted, there has been much talk about public health strategies for knife crime, but rather less clarity about what this actually means and doubts about the scale of resources allocated to the task (especially taking account of the differences in size, scale and composition of the population of Glasgow, as compared with London, for instance).  Members of Parliament on the 2019 Serious Youth Violence Select Committee concluded that there appeared ‘a serious mismatch between the Government’s diagnosis of the problem and its proposed solutions. This is symptomatic of wider dysfunctions within the Government’s response to this issue, and its approach to crime and disorder more broadly’ (HASC, 2019: 18 paras 41-42).  The Youth Violence Commission similarly warned of its concern that the term ‘public health model’ is being used without a proper understanding of ‘what is actually required to affect lasting change.’ (HASC, 2019: paragraph 53).  In particular, doubts have been raised about British politicians ‘cherry-picking’ only those aspects of the Strathclyde approach that suited them rather than fully adopting the strategy which actually worked north of the border.

A particular issue has involved the issue of data sharing between health and police agencies.  In Glasgow, data was shared so that a clear picture of patterns of violence across communities could be tracked in order to direct appropriate preventive resources to the communities and neighbourhoods deemed most at risk.  In England, by contrast, data sharing has been focussed around the mandatory reporting, by A&E doctors, of knife injuries to the police, thereby allowing police to interview victims, investigate offences and pursue offenders.  While Strathclyde’s data sharing was motivated by the appropriate targeting of resources to communities, in London it was primarily about prosecutions, health strategy was subordinated to enforcement strategy.  Public health has not been about changing an approach, but rather about net-widening, drawing hospitals into the enforcement net.  One consequence may be that knife victims avoid going to A&E unless their injuries are serious.

Drawing upon WHO guidelines, four stages comprising a public health response to (knife) violence have been identified:

- Appropriately defining the problem through the systematic collection of information about the magnitude, scope, characteristics and consequences of violence,

- finding out what works to prevent violence by designing, implementing and evaluating interventions, and

- implementing effective and promising interventions in a wide range of settings

Now that the Government has established 18 new Violence Reduction Units, in the police force areas considered to have the worst ‘serious violence’ problems, we have these four criteria to assess the overall impact of the strategy. This will include the new ‘Serious Violence Duty’ conferred upon local partnerships by the Police, Crime, Sentencing and Courts legislation requiring partnerships to complete a strategic needs assessment (SNA) in order to better understand how violence is affecting their communities and to help them develop an effective response strategy.  In some ways the new requirement echoes the community safety audits established some years ago by the 1997 Crime and Disorder Act, although it is more narrowly focused upon serious violence, and that may prove a weakness.

The new partnerships are to be financed by a new Home Office ‘Central Violence Fund’ of £100 million, although roughly two-thirds of this (not all of it ‘new money’) has been earmarked for policing enhancements and only the remainder was for ‘community initiatives’.  To set some perspective, by the end of the decade to 2021, some £35 million less per year was being spent on London’s youth services compared with pre-austerity levels. And yet, £35 million was equal to the total community safety allocation for 18 VRUs in 18 cities across the country as a whole. Similar research by the YMCA and Action for children showed that some £260 million had been withdrawn from local authority children’s services budgets between 2011 and 2017, with the loss of over a thousand children’s centres and 760 youth centres, some major cities losing close to 90% of their youth services budgets.  Although the Serious Youth Violence Reduction Strategy is meant to be informed by the Home Office compilation of research on the ‘drivers’ of serious violence (HM Government, 2018) a degree of scepticism has accompanied the suggestion that such under-resourced services can deliver the VRU targets sought.

Early Home Office evaluations (Research Reports 116 and 117) of the first year of working of the VRUs, have drawn some conclusions about their development thus far and activities.  Evaluators have so far drawn attention to: a potentially narrow focus upon knife and gun violence and the under 25s (to which 20% of VRU funding is to be targeted); some wider issues surfacing in the needs assessments (sexual exploitation, domestic violence and modern slavery); a focus on some perceived key drivers of violence (adverse childhood experiences, deprivation and austerity) but little in the way of strategies to address these; and some evidence of emerging partnership working even though many VRUs are led by the Police or Police & Crime Commissioners.  All told it amounts to a mixed message and a missed opportunity - so far.  Whether there is the funding and commitment to achieve sustainable reductions in violence reduction with existing levels of funding and whether the cultural change away from populist criminalisation strategies can be delivered remains to be seen.  Perhaps this is especially so while some of the most gratuitously represented violence sits at the heart of the strategy and the public and political mood around youth violence remains so profoundly shaped by punitive discourse and the markedly racialised rhetorics of ‘law and order’ so recently evidenced in the misleading Policy Exchange Report, Knife Crime in the Capital (Kingsley, 2021).
‍