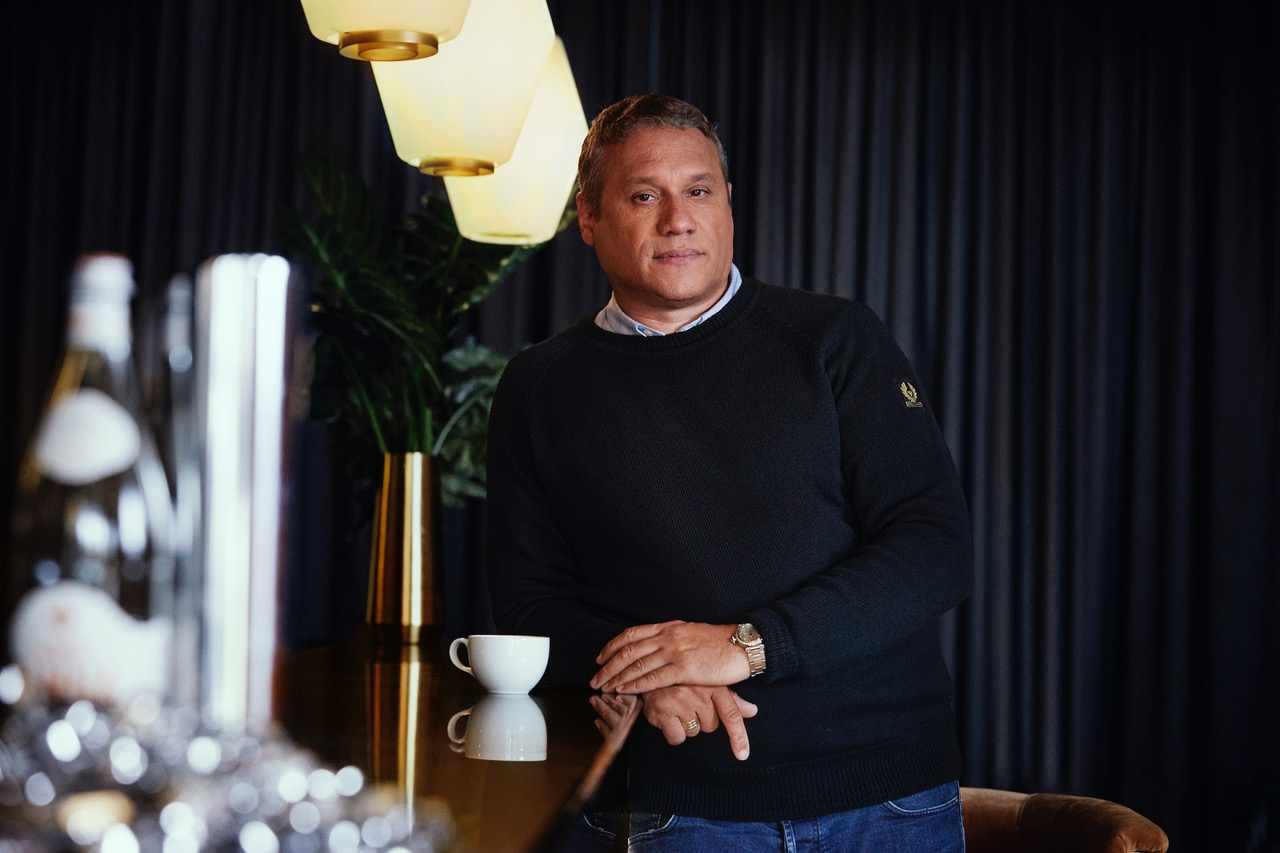 From Cat A Prisoner to a life spent Changing Lives

Young people have always fought each other, and violence amongst peers is by no means a new phenomenon. Football hooligans of the late seventies, and frontline hustlers of the eighties were all renowned for their vicious and bloody battles, often carried out in front of the public.

Stanley blades and Ratchet knives were often their weapons of choice. The difference is that today’s knife crime epidemic seems to be of a much more frequent, and sometimes indiscriminate nature. Everybody can be a potential victim, regardless of their age, ethnicity, or class. Carrying a knife seems to be accepted by some, with the same necessity as carrying your door keys.

I’m not a politician, a legal professional, or even an academic. In fact, I exited school at the age of fifteen with absolutely no qualifications whatsoever and decided to make entrepreneurship and organised crime my profession. So, my contribution to this magazine may not be the type of article you would be expecting to read, but it will allow you to look through the eyes of someone that has lived alongside many of the individuals who have committed these crimes, and who feels partly responsible for this madness, which has been labelled knife crime.

My first encounter with the criminal justice system was almost 36 years ago when I was sentenced to eighteen months in youth custody. I grew up in the borough of Hackney and Stoke Newington, which today are among the top five most dangerous boroughs in London. Going back between 2012- 2019, it had the highest knife crime rate of all the London boroughs. Figures showed that between that time knife- related incidents occurred at a rate of 150 per 100,000 people. Hackney saw 350 stabbings across that time.

During this period I was a category A prisoner serving a 15-year sentence at HMP Belmarsh, which is where my rehabilitation and commitment to make a changebegan.

Every day young men would arrive at the prison either on remand, freshly sentenced or returning from the high- security prison dispersal system to receive their accumulated visits (a temporary transfer to a prison nearer your family to receive their visits).

From my dismal cell, I soon noticed that there were numerous acts of violence happening among the younger inmates, that often resulted in serious injuries among those involved, and to the prison officers as they tried to restore order. This led to all the inmates being denied privileges and finding ourselves regularly locked up in cells for up to 23 hours a day.

I began to realise that many of these young prisoners were gang members, having been members of postcode gangs out in the community before their incarceration. And while their numbers were smaller in prison, they still engineered relationships and allegiances that were territorial, and this created tension and hostility. While conflict between these groups was not always down to gang issues, it was sometimes about their need to establish status, dominance, and respect, however, in a prison environment, such rivalries and needs can escalate very quickly into seriously heavy and bloody violence.

After observing this for a number of months, a fellow category A prisoner called Clifford Hobbs and I realised something needed to be done.

We began discussing the problem with a number of younger influential gang related prisoners, many of whom I’d known either their relatives or elders from the streets. Slowly a plan of action began to emerge. We approached the Governor of Safer Custody at HMP Belmarsh with our plan during one of the monthly “Safer Custody Meetings”.

After several months of developing a rehabilitation programme, selecting eight prominent inmates to become ‘Peer Mentors’ and creating a bespoke mediation and mentoring course, we were ready to launch “One Postcode”.
‍

Its success was immediate and far-reaching.

Within the first six months of its launch, our One Postcode mentors had facilitated over 30 successful non-violent gang conflict resolutions, also violence, including assaults on staff had dropped to a minimum.

Pressure on officer numbers was reduced as it was no longer necessary to ‘escort’ prisoners around the prison. A safer environment was achieved for those working, living, and visiting the prison and most importantly, there was increased interest from a large number of other prisoners wanting to become involved.

Through getting to know a lot of these young men it became apparent to me that the majority did not really want to kill anyone, be stabbed, or murdered themselves and definitely did not want to be sitting in prison serving a mandatory life sentence for murder.

So why do they do what they do?

Every day young people are groomed into gangs under the false pretence that by joining they become part of a family. In many cases, parents or single-parent families who are busy working around the clock for minimum wage or struggling on benefits do not have the privilege of being able to buy their youngsters a decent pair of trainers or even an occasional top-up to their school lunch money. This is where in too many cases, elder gang members see the opportunity to recruit youngsters for the price of a pair of Nike’s or even a couple of fried chicken meal deals. In return they’re asked to drop off a package of drugs, hold onto a gun, run a phone line and eventually, they will be expected to represent the Ends by pushing a deadly Zombie knife into a rival. What they don’t know, is that the gang members that started these beefs years ago are all now sitting in dispersal prisons up and down the country talking, eating, and living amongst each other.

For me, there’s an obvious correlation between poverty and knife crime. We don’t have the ‘Eton Gang’, the ‘Windsor Mandem’ or the ‘Knightsbridge Massive’. British knife crime is predominantly committed by those from poorer and disadvantaged backgrounds. Those who lack the same educational and societal opportunities as their wealthier counterparts. Also, knife crime appears to be more commonly committed by males from fractured homes. This lack of strong, healthy relationships within a family unit, must play a huge role in leaving young people susceptible to the allure of ‘street culture’. With that culture comes a sense of belonging, and an acceptance and adherence to its rules, however skewed or deadly those rules may be.

Drill Music glorifies and celebrates extreme violence and killing. A lot of killers have been convicted largely on the contents of music videos they’ve made, detailing how they’ve stabbed someone to death, where, the date, and why.

The devastation to loved ones is incalculable. Nobody is unaffected. The perpetrators throw their own lives away and rob their loved ones of their presence. The victim is either deeply traumatised, or dead, leaving families utterly devastated.

I believe the solution is to make the most of those with serious lived experience. Utilise them as mentors, who can go out in the community and interact with the hard to reach. Open more youth clubs across the country, targeted and intensive support and intervention, real job and career pathways, and decent housing.