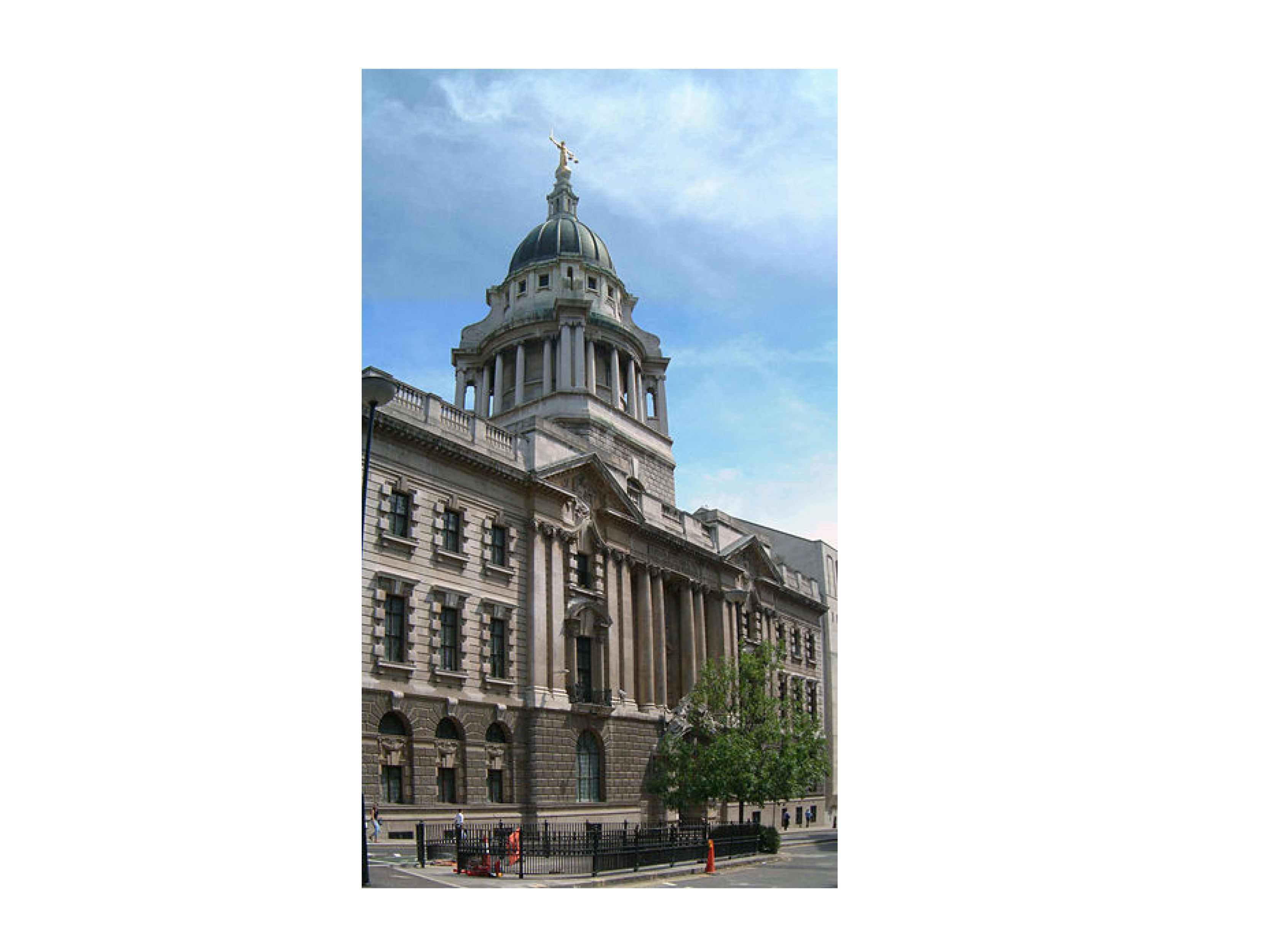 Cut to the Quick

The hardest part about stabbing someone is to get the knife past the skin. After that there’s no stopping it. It slips through the thin layer of fat, the muscle and – unless it hits bone – just keeps going. It will pass into whatever lies in its way – heart, lung, spleen. It will sever arteries and veins so blood pours into cavities where it has no business to be. It will leave organs to fail and collapse and die.

And whose minds are they, that do these things? I ought to know, for in the 47 years since I was called to the Bar, in the 15 years since I became a judge, I have seen hundreds of killers, and the majority of them used a knife. They were mostly boys or young men under the age of 25. Only a small percentage of them set out to kill, but when the moment came, they did. One day they left their homes with their lives before them. They returned – if they ever returned – with everything changed. Most of them would spend all their foreseeable futures in prison. Not just years but decades. That’s what justice in our society demands. But for each one of those who lost the life they had been living, another young person lost life entirely and forever. And there is no justice that can bring back the dead.

We all know what that means. Lives destroyed. Families torn apart and left bereft. Sentences get longer, but killers are not deterred. There is no reduction in knife crime. In fact it seems to be increasing. The number of fatal stabbings in the 12 months leading up to February 2019 was the highest since records began in 1946. 2021 was the worst year in London for teenagers knifed to death. More young people are locked up for more years than ever before – and still the killing goes on.

We haven’t been able to stop it, and it's not for want of trying. There are many groups doing most excellent work trying to deter young offenders. Perhaps things would be even worse were it not for their efforts. But the simple fact is we haven’t yet found solutions. Is it possible that this is because we haven’t yet identified the problems. This short article doesn’t pretend to do so, but it does try to stimulate some thoughts about why we are failing and what else we might try.

As I write – as you read – hundreds of young people are carrying blades … everything from small kitchen knives designed for chopping carrots to machetes for killing animals. The latter, hunting knives, are frighteningly easy to get hold of on the internet. And they are horribly attractive. Children should not be able to buy them, but they can and do. It would be naïve to think that this is the cause of knife-carrying. It is even possible that the ready availability of such weapons is the result of people’s willingness to arm themselves. Of course, efforts must be made to tackle this vile trade – but knives of one sort or another are all around us, in our homes, in our work places, and they are not going away. It isn’t the knives that are the problem, it’s the carrying of them. That is already unlawful and has been for a long time, but the statistics suggest the law is little deterrence. So whilst we try to get hunting knives and machetes out of circulation, if we are to tackle knife crime, perhaps the better course is also to tackle the minds behind the crimes.

Let’s look at those minds – and the reasons why those young people choose to carry knives. It will come as no surprise to anyone that there isn’t a single or simple cause; but that isn’t a reason to give up on the analysis. If there are multiple causes then we must find multiple solutions.

From the Bench – and this is of course only one perspective – it looks very much as if there are three main groups of young people carrying knives. There are

1. most dangerous of all, those who enjoy the carrying of knives because it gives them power. It isn’t, perhaps, so much the power to hurt that attracts, as the power to make others fear them, defer to them, give them what might be perceived as respect. It is this power that they crave. They feed on how it makes them look to others.

2. the second group are those who associate with the first. They want to belong with those whom they see as powerful. As long as the power that comes with knife-carrying is seen as attractive, they will do it too.

3. The third group are those who are plain afraid. All around them are those who carry knives and create a threat; and they see no way of standing up to the threat than by carrying knives themselves.

If this is right – or even partially right – it looks very much that, if the first group evaporated, so would the second and in turn the third.

If the first group didn’t gain respect and deference from knife-carrying, they wouldn’t feel big. If they didn’t feel big, perhaps they wouldn’t do it. But how to get rid of the knife as an image of power? How to create the belief in young people that the carrying of knives isn’t a sign of strength but of weakness; that it is a cowardly and despicable thing to do; that there is nothing admirable in hiding behind a blade? Education, of course. And at the youngest possible age. It is a simple proposition that a three-year old can understand. If someone hurts them, that is bad. And if they hurt someone else, that is bad too. Neither should happen because hurting people is wrong.

And the strange thing is that most three-year olds already understand this. It is somewhere along the difficult path from infancy to puberty, from dependence to independence, that our children lose their way. Somewhere in this time, as they begin to think about who they are and what they might be, too many of our children make the choice not to behave in accordance with the rules which our society has set down for the security and comfort of all.

In Isis, a prison on the east side of London for inmates aged 18-25, over 50% of inmates claim to belong to a gang. The vast majority of these will have offended in the context of that gang affiliation. That affiliation isn’t a declaration of wanting to behave against the law – it’s a declaration of wanting to behave against our law. My experience of gang culture isn’t that it is lawless, but that gang members are behaving in accordance with different laws, different loyalties to that of the rest of society.

Does it behove us to ask why? Perhaps it does, because if our society was working for these young people, why would they be so anxious to turn their backs on it. If they saw bright and confident futures in it, why would they reject it. Is it that those who join gangs, who choose to carry knives, who elect to reject the laws that should bind us all are those who in some way we have turned our backs on?

Here are some startling and sad facts. In our prisons over 50% of inmates have a reading age of a young primary school pupil. Being functionally illiterate in our society makes your life very, very difficult. At one end of the scale, it deprives you of the ability to do everyday tasks; at the other to explore this world and others, to learn to empathise with how other people think, to make your mind bigger. Many of these young people will have been excluded from school and no other sort of education put in place for them. Here’s another sad fact. Those brought up in care, those sexually or physically abused in their formative years, those with any sort of adverse childhood experiences are markedly over-represented in the dock and in custody.

None of these things are coincidences. Those who feel misunderstood, excluded, and shut out from the benefit of belonging to our community are likely to look for another community to belong to. Of course, there are many, many young people who face all these problems without offending, and who overcome hardships that would break many of us, and yet they go on to lead admirable lives. And of course, facing hardship doesn’t excuse wrongdoing – but it might help explain why some youngsters behave as they do. And it might help the rest of us understand how to help them which is – in the long run – to help ourselves.

There are no magic solutions. But a recognition that everyone in our society is in it together, and that we all deserve and owe each other respect. And then this: the message delivered constantly to all our children from their earliest years that hurting people is wrong, and that the carrying of knives does not command respect but entirely the opposite; that it is despicable.

Unhappily, this isn’t a problem that we will solve overnight because it has to do with changing mind-sets. But happily, mind-sets can be changed. It requires the determination and resources of government – but not only of government. We can all play our part. And if we do, this is a battle that can be won.
‍