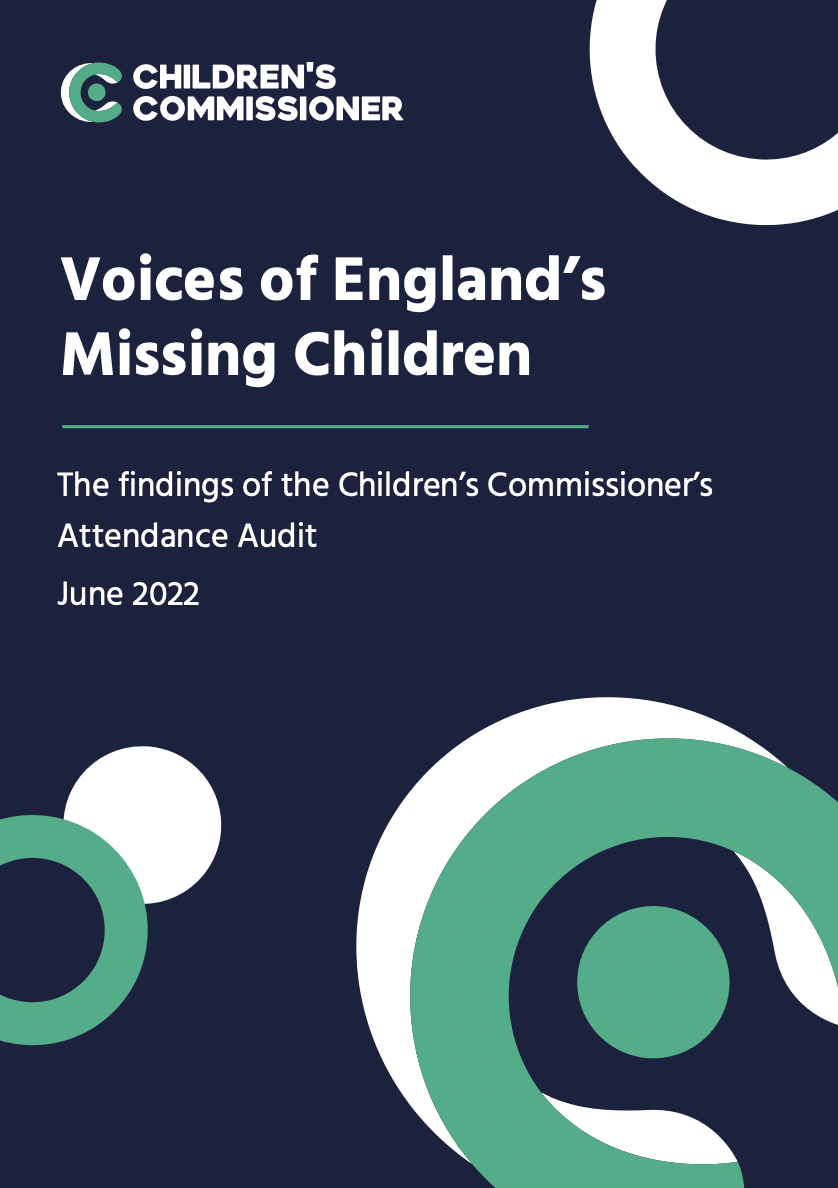 The Children’s Commissioner’s Attendance Audit set out with an overarching goal that every child should be in school every day, supported and ready to learn. Every child has the right to a fantastic education.

‍To achieve this, every child needs to be identified and supported, no child should be unknown to the system.

In January 2022, the Children’s Commissioner's team conducted a survey of all local authorities (LAs) in England to understand the cohort of children who were not attending school regularly, and those who were missing from education altogether. In March, the Commissioner published her interim findings which found that we do not have an accurate real time figure of how many children there are in England, nor where they are – let alone the number of children not receiving education. Our deep- dive confirmed this hypothesis. To find out more about these groups of children, and to understand the barriers that stop children from attending school regularly, the team spoke to nearly 500 people, including Directors of Children’s Services, family support workers, parents, and health workers, across 10 LAs throughout February and March 2022. The findings from these deep dives are included in this report.

This work has provided a national picture, which didn’t exist before, of where the children missing from education are and the barriers they face. In Autumn 2021, 1 in 4 children were persistently absent compared to 1 in 9 in 2018/19 – that’s more than double1.

Led by what children told us, the Children’s Commissioner has set out six key ambitions to ensure that every child supported to be in school every day, ready to learn, is receiving a fantastic education, and, critically, that we know where they are and that they are safe.